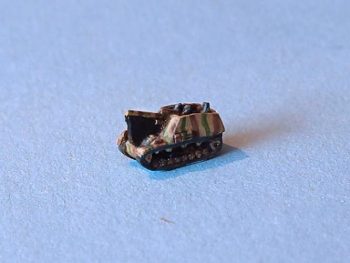 Hummel (German: “bumblebee“) was a self-propelled artillery gun based on the Geschützwagen III/IV chassis and armed with a 15 cm howitzer. It was used by the German Wehrmacht during the Second World War from early 1943 until the end of the war.

The full name was Panzerfeldhaubitze 18M auf Geschützwagen III/IV (Sf) Hummel, Sd.Kfz. 165. On February 27, 1944, Hitler ordered the name Hummel to be dropped as it was deemed inappropriate for a fighting vehicle.[1]

Be the first to review “Hummel (15 pcs)” Cancel reply