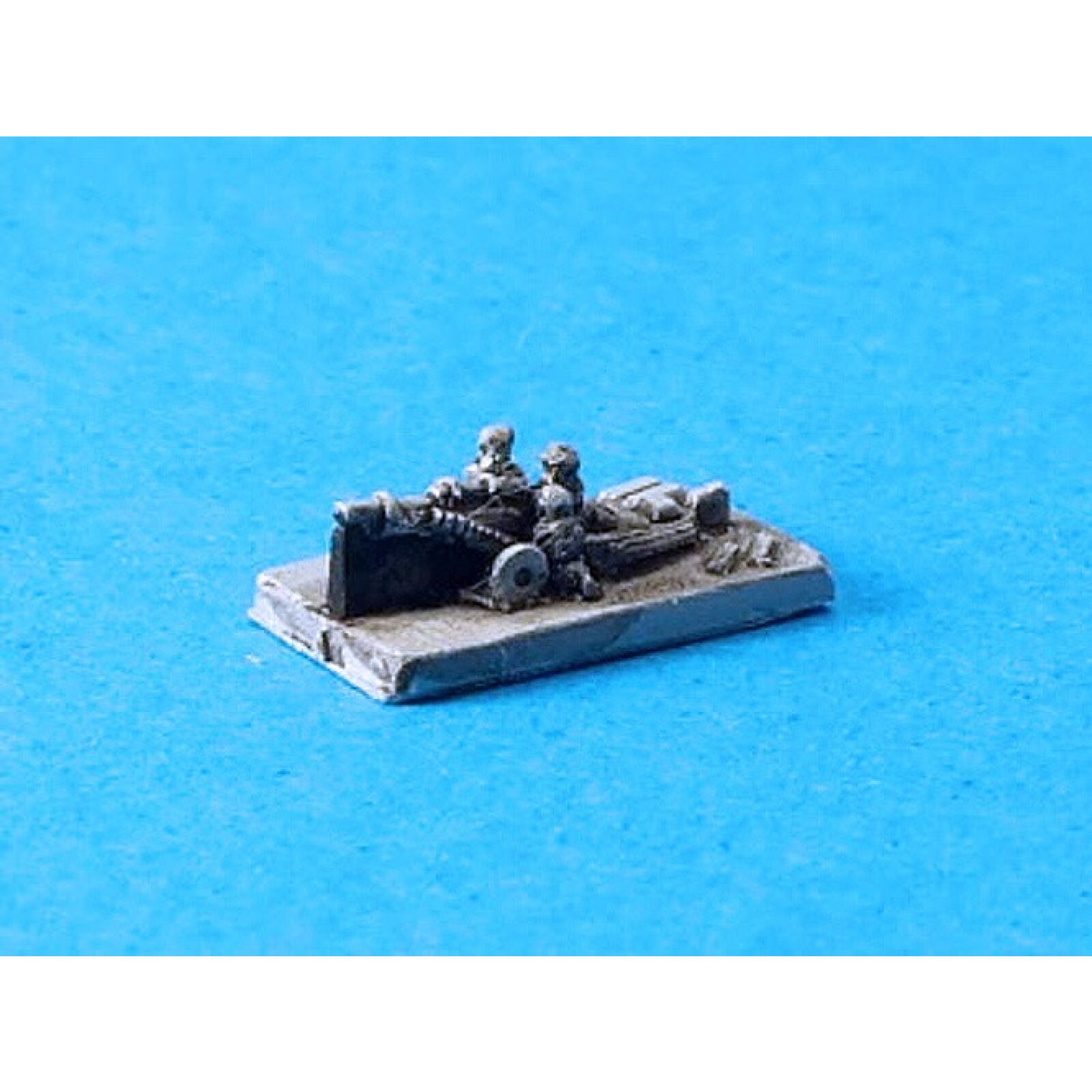 The M102 was a light-towed 105 mm howitzer used by the United States Army in the Vietnam War, the First Gulf War, and the Iraq War. The M102 105 mm howitzer is used in air mobile (helicopter), attack plane, and light infantry operations. The weapon carriage is lightweight welded aluminum, mounted on a variable recoil mechanism. The weapon is manually loaded and positioned, and can be towed by a 2-ton truck or High Mobility Multipurpose Wheeled Vehicle (HMMWV), can be transported by UH-60 Black Hawk helicopters, or can be dropped by parachute with airborne units. When emplaced, the howitzer’s high volume of fire compensates in large measure for the lower explosive weight of the projectile compared to the Army’s 155 mm and 8-inch howitzers. The first M102s were issued to the 1st Battalion, 21st Field Artillery, in March 1966. The weapon is being replaced by the M119-series 105 mm howitzer. The M102 howitzer fires a 33 lb (15 kg) projectile of semifixed ammunition and at charge 7 will fire 11,500 meters. It has a muzzle velocity of 494 metres per second (1,620 ft/s). The maximum rate of fire is 10 rounds per minute for the first 3 minutes, with a sustained rate of 3 rounds per minute.