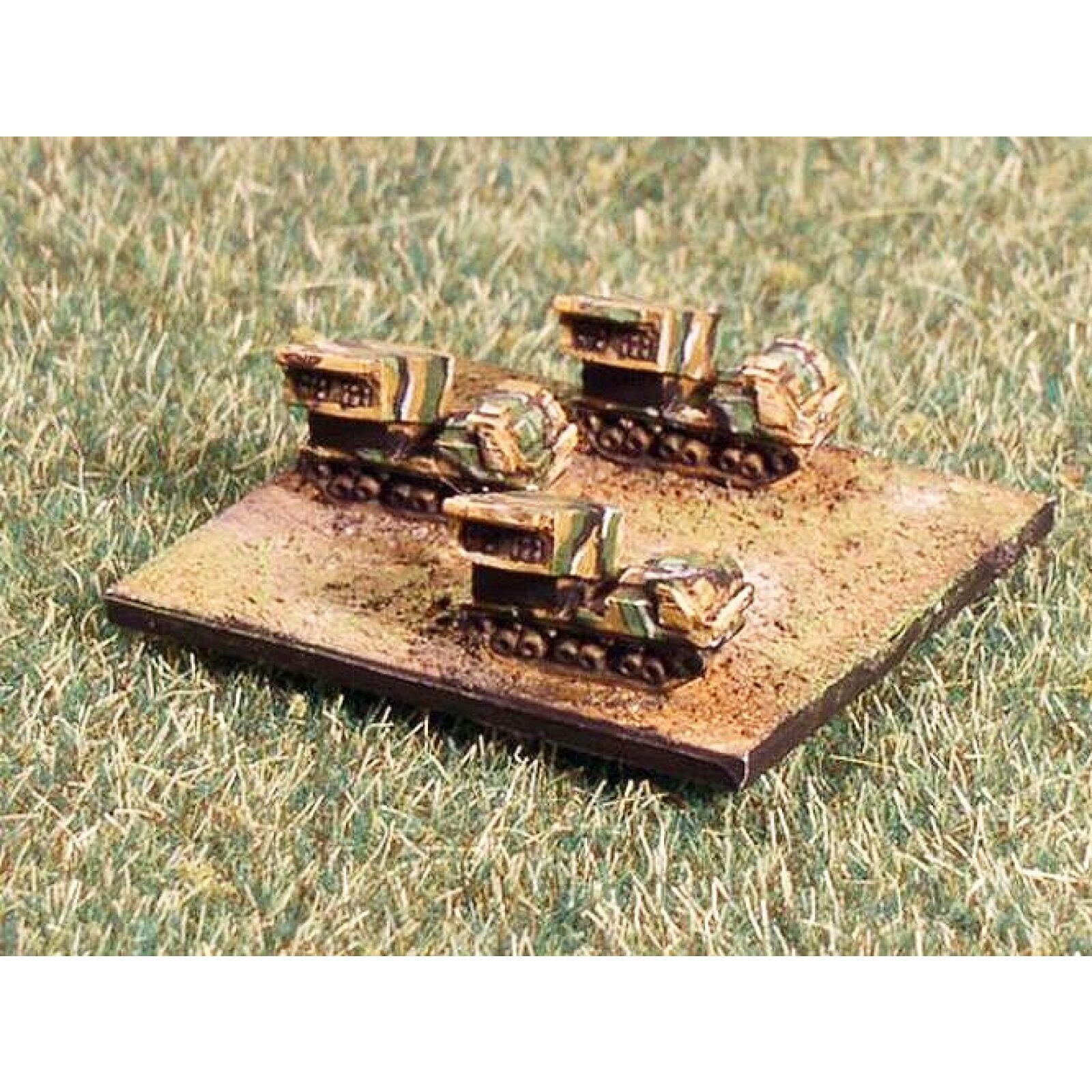 The M270 Multiple Launch Rocket System (M270 MLRS) is an armored, self-propelled, multiple rocket launcher; a type of rocket artillery. Since the first MLRS were delivered to the U.S. Army in 1983, the MLRS has been adopted by several NATOcountries. The production of the M270 ended in 2003, when a last batch was delivered to the Egyptian Army. The weapon can fire guided and unguided projectiles up to 26 mi. Firing ballistic missiles, such as the U.S. Army Tactical Missile System (ATACMS), it can hit targets 190 mi away; the warhead in such shots reaches an altitude of about 31mi. The M270 can be used in shoot-and-scoot tactics, firing its rockets rapidly, then moving away to avoid counter-battery fire. The rockets and ATACMS missiles are contained in interchangeable pods. Each pod contains six standard rockets or one guided ATACMS missile; the two types cannot be mixed. The LLM can hold two pods at a time, which are hand-loaded using an integrated winch system. All twelve rockets or two ATACMS missiles can be fired in under a minute. One launcher firing twelve rockets can completely blanket one square kilometer with submunitions. For this reason, the MLRS is sometimes referred to as the “Grid Square Removal System”. With each rocket containing 644 M77 grenades, the entire salvo would drop 23,184 grenades in the target area.