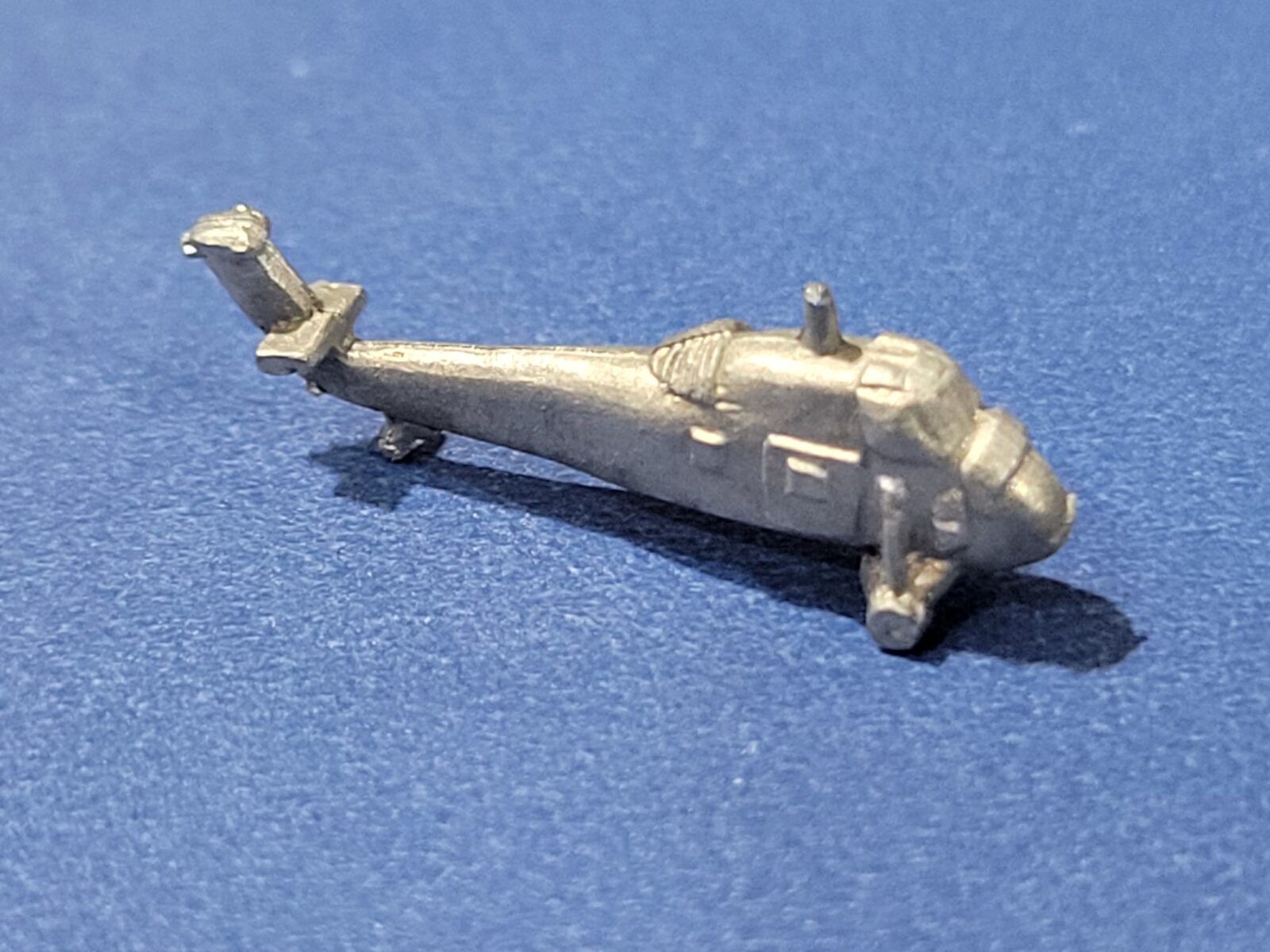 The Sikorsky H-34 (company designation S-58) is a piston-engined military helicopter originally designed by American aircraft manufacturer Sikorsky as an anti-submarine warfare (ASW) aircraft for the United States Navy. H-34s served, mostly as medium transports, on every continent with the armed forces of twenty-five countries. It saw combat in Algeria, the Dominican Republic, Nicaragua, and throughout Southeast Asia; other uses included saving flood victims, recovering astronauts, fighting fires, and carrying presidents. It was one of the last piston-powered helicopter designs before its replacement by turbine-powered types such as the UH-1 Huey and CH-46 Sea Knight. USMC H-34s were also among the first helicopter gunships trialled in the Vietnam War, being fitted with the Temporary Kit-1 (TK-1), comprising two M60C machine guns and two 19-shot 2.75 inch rocket pods. The operations were met with mixed enthusiasm, and the armed H-34s, known as “Stingers” were quickly phased out. The H-34 has a carrying capacity of 18 troops with a maximum speed of 173 mph and a range of 182 mi.