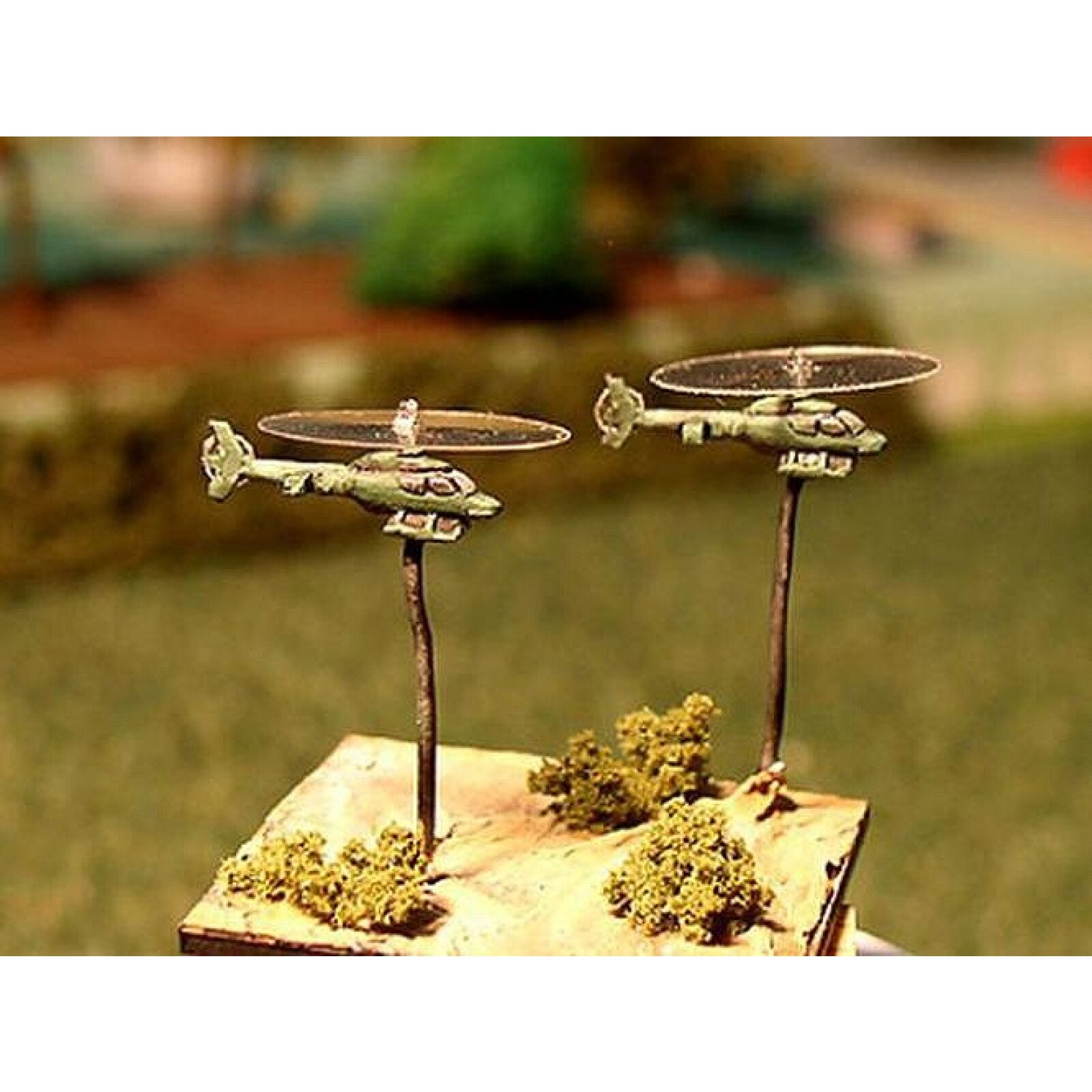 The Bell OH-58 Kiowa is a family of single-engine, single-rotor, military helicopters used for observation, utility, and direct fire support. Bell Helicopter manufactured the OH-58 for the United States Army based on its Model 206A JetRanger helicopter. The OH-58 has been in continuous use by the U.S. Army since 1969. It carries an armament consisting of an air-to-air Stinger, .50 caliber machine gun, HYDRA 70 rockets, and HELLFIRE missiles. With a crew of two it has a Max speed of 128 mph and a range of 299 miles