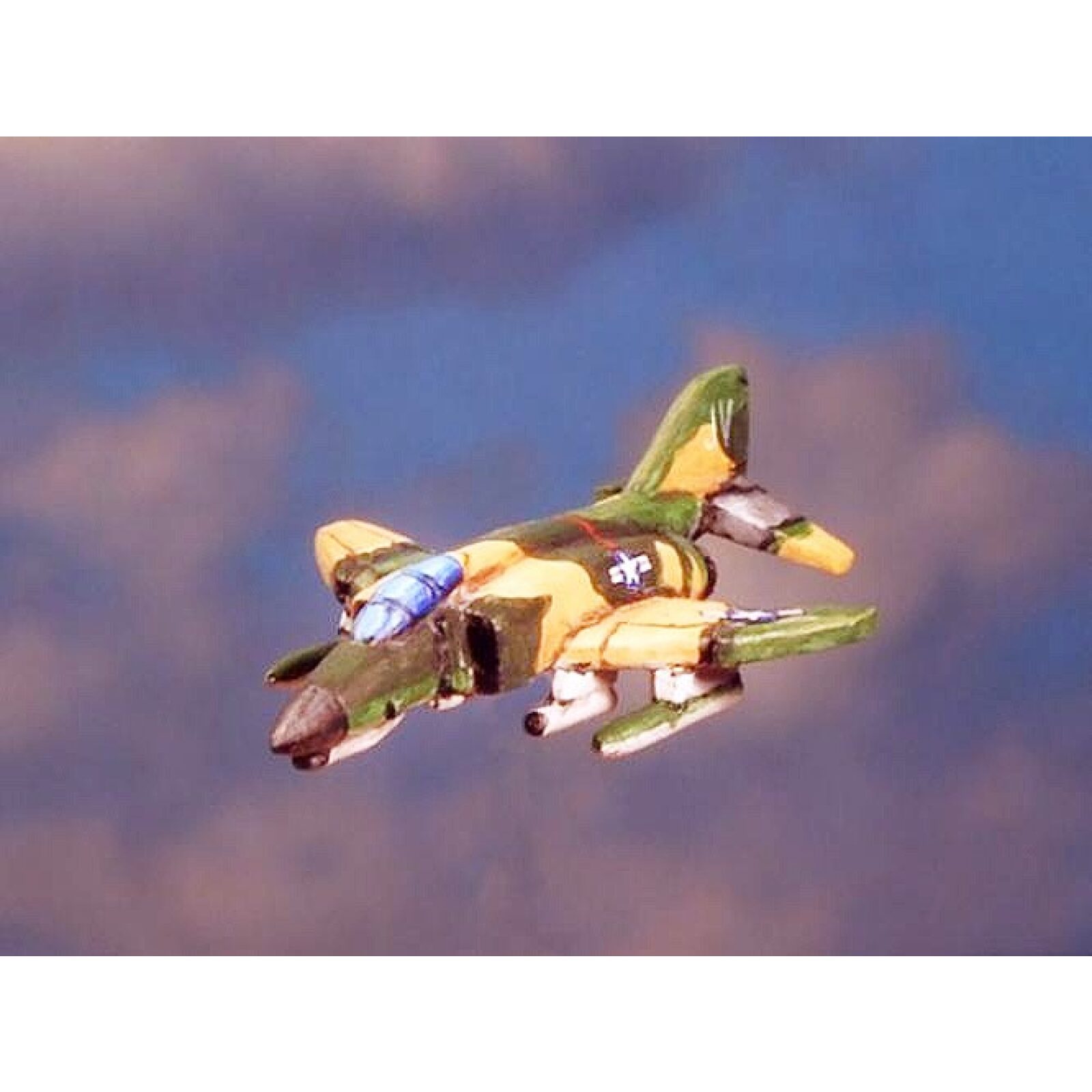 The McDonnell Douglas F-4 Phantom II is a tandem two-seat, twin-engine, all-weather, long-range supersonic jet interceptor aircraft/fighter-bomber originally developed for the United States Navy by McDonnell Aircraft. It first entered service in 1960 with the U.S. Navy. Proving highly adaptable, it was also adopted by the U.S. Marine Corps and the U.S. Air Force, and by the mid-1960s had become a major part of their respective air wings. The F-4, like other interceptors of its time, was designed without an internal cannon. Later models incorporated an M61 Vulcan rotary cannon.

Beginning in 1959, it set 15 world records for in-flight performance, including an absolute speed record, and an absolute altitude record. During the Vietnam War, the F-4 was used extensively; it served as the principal air superiority fighter for both the Navy and Air Force, and became important in the ground-attack and aerial reconnaissance roles late in the war. The Phantom has the distinction of being the last U.S. fighter flown to attain ace status in the 20th century. The F-4 Phantom II remained in use by the U.S. in reconnaissance roles in the 1991 Gulf War, finally leaving service in 1996.

It has a maximum speed of 1,472 mph at 40,000 ft and a ferry range of 1,615mi with 3 external fuel tanks. The F-4 can carry up to 18,650 lb (8,480 kg) of weapons on nine external hardpoints, including general purpose bombs, cluster bombs, TV- and laser-guided bombs, rocket pods, air-to-ground missiles, anti-ship missiles, gun pods, and nuclear weapons.