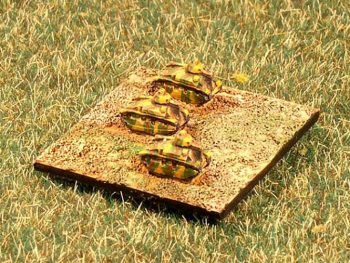 The Char D2 was a French tank of the interwar period.

In 1930, at a time the Char D1 had not even entered production, the Renault company agreed to build a better armoured version called the Char D2. By using welded armour plate instead of the dated riveted design of the D1 this would be lighter than a simple version of the D1 made with thicker plating. The tank should be able to serve as an alternative in the role of battle tank for the heavy Char B1, should the latter be forbidden by treaty. The failure of the armament limitation talks resulted in a severe reduction of the projected manufacture, now in the form of an interim tank. Organisational difficulties with Renault caused the actual production of a first series of fifty to be delayed to the years 1936 and 1937. A second series of fifty was ordered in 1938, despite indications that the type was mechanically unreliable, as a possible cheaper addition to the expensive Char B1, to be able to raise more armoured divisions of the Infantry Arm. Due to Renault’s financial problems, this second, partially improved version, was only realised in early 1940, bringing total production to a hundred.