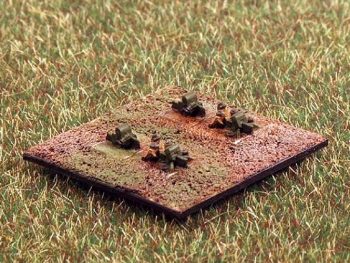 The Ordnance QF 2-pounder (QF denoting “quick firing”), or simply “2 pounder gun”, was a 40 mm (1.575 in) British anti-tank and vehicle-mounted gun, employed in the Second World War. It was actively used in the Battle of France, and during the North Africa Campaign. As Axis tanks improved in armoured protection, it lost effectiveness, and it was gradually replaced by the 6-pounder, starting in 1942, though some remained in service until the end of the war. In its vehicle-mounted variant, the 2-pounder was also a common main gun on British tanks early in World War II, and was a typical main armament of armoured cars, such as the Daimler, throughout the war.