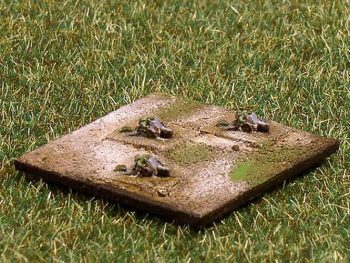 Design of a horse-drawn, 3.7 cm anti-tank gun (designated 3.7 cm Pak L/45) by Rheinmetall commenced in 1924 and the first guns were issued in 1928.[3] By the early 1930s, it was apparent that horse-drawn artillery was obsolescent, and the gun was modified for motorized transport by substituting magnesium-alloy wheels and pneumatic tyres for the original spoked wooden wheels. Re-designated the 3.7 cm Pak 35/36, it began to replace the 3.7 Pak L/45 in 1934 and first appeared in combat in 1936 during the Spanish Civil War. It formed the basis for many other nations’ anti-tank guns during the first years of World War II. The KwK 36 L/45 was the same gun, but used as the main armament on several tanks, most notably the early models of the Panzer III. The Soviets used the PaK 36 carriage design for their 45mm M1937 AT gun.