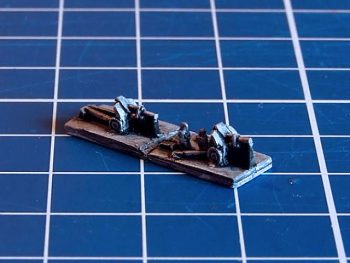 The 122 mm howitzer M1938 (M-30) was a Soviet 121.92 mm (4.8 inch) howitzer. The weapon was developed by the design bureau of Motovilikha Plants, headed by F. F. Petrov, in the late 1930s, and was in production from 1939 to 1955. The M-30 saw action in World War II, mainly as a divisional artillery piece of the Red Army (RKKA). Captured guns were also employed later in the conflict by the German Wehrmacht and the Finnish Army. Post World War II the M-30 saw combat in numerous conflicts of the mid- to late twentieth century in service of other countries’ armies, notably in the Middle East.