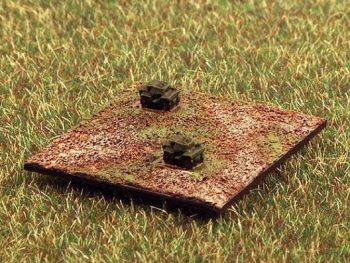 The vehicle was based on a Morris Commercial C9 4×2 15-cwt truck chassis. On this chassis a rivetted hull was mounted with an open-topped two-man turret. The armament consisted of either Boys anti-tank rifle and Bren light machine gun or Vickers machine gun. The vehicle carried a No. 19 radio set.

The prototype was tested in 1936. A further 99 cars were ordered and were delivered in 1938. Thirty-eight of these cars were used by the 12th Royal Lancers in the Battle of France, where all of them were destroyed or abandoned. Another 30 served with the 11th Hussars in the North African Campaign. It was found that when fitted with desert tyres the vehicle had good performance on soft sand. However, its armour and armament were insufficient. The vehicle was retired halfway through the North African Campaign.

Be the first to review “Morris AC9 (15 pcs)” Cancel reply