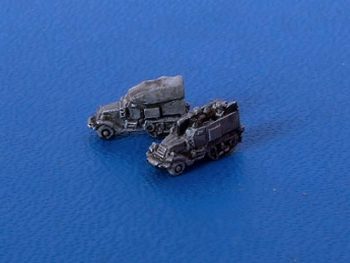 The M2 Half Track Car was a half-track armored vehicle produced by the United States during World War II. Its design drew upon half-tracks brought in from France in the 1930s, employing standard components supplied by U.S. truck manufacturers to speed production and reduce costs. The concept has been designed and the pilot models have been manufactured by the Firestone Tire and Rubber Company (before the prototype was officially labeled M2.)[2] Production by the White Motor Company began in 1940 and was expanded to include Autocar.

The M2 was initially intended for use as an artillery tractor, but also found use with reconnaissance units. International Harvester Company built the M9 half-track, a variant of their M5 half track, to fulfill the same purpose.