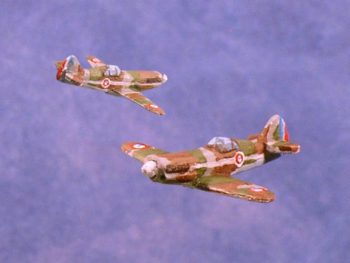 The Dewoitine D.520 was a French fighter aircraft that entered service in early 1940, shortly after the beginning of World War II. Unlike the Morane-Saulnier M.S.406, which was at that time the most numerous fighter in the French Air Force, the Dewoitine D.520 came close to being a match for the latest German types, such as the Messerschmitt Bf 109. It was slower than the Bf 109E but superior in manoeuvrability.[1] Because of a delayed production cycle, only a small number were available for combat against the Luftwaffe.