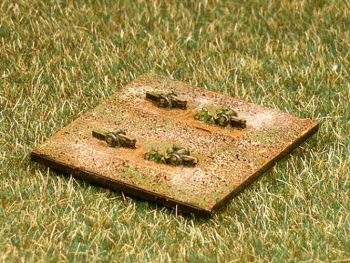 The French 75 mm field gun was a quick-firing field artillery piece adopted in March 1898. Its official French designation was: Matériel de 75mm Mle 1897. It was commonly known as the French 75, simply the 75 and Soixante-Quinze (French for “75”). Initially, the French 75 had been designed as an anti-personnel weapon system for delivering large volumes of time-fused shrapnel shells on enemy troops advancing in the open. After 1915 and the onset of trench warfare, other types of battlefield missions demanding impact-detonated high-explosive shells prevailed. By 1918 the 75s became the main agents of delivery for toxic gas shells. The 75s also became widely used as truck mounted anti-aircraft artillery. They were also the main armament of the Saint-Chamond tank in 1918.