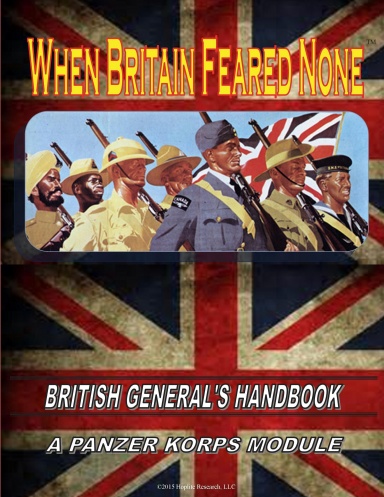 When Britain Feared None

WHEN BRITAIN FEARED NONE covers the organizational structures of the British Army from 1940 to 1945 at the Divisional level. Covering most combat organizational configurations, WHEN BRITAIN FEARED NONE allows gamers and historians to get a handle of how the British Army structured themselves to win the war with Territorial, Commonwealth and Dominian forces.

Breaks down the command structures into their respective parts

Period strategies and commentary from the front

An overview of all the Major nations that contributed to the war effort!

Be the first to review “When Britain Feared None” Cancel reply