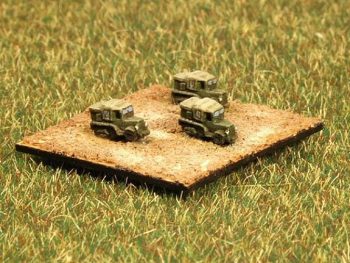 In the 1920s and 1930s Citroën developed a long line of half-tracks based on the Kégresse patent. In 1934, the company introduced its newest and more powerful P107 model as a successor to the Citroën-Kégresse P17. But before mass production could take place, Citroën went bankrupt and its new owner, Michelin, chose to focus on the civilian markets. Unic was therefore able to acquire a license for the Kégresse patent, and took over the production of the P107.

Two main variants of the P107 were accepted in French military service: a light prime mover for the 75 mm and short 105 mm artillery guns, and a platform cargo transport for engineer units. More than 2000 examples were in service in 1940.