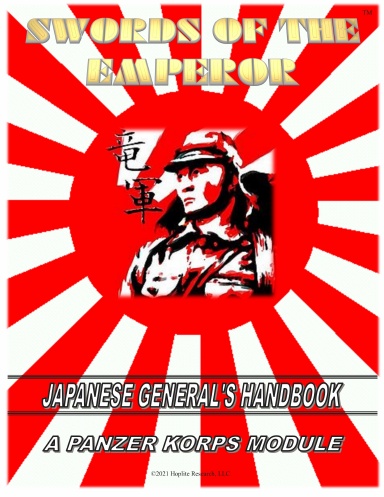 Swords of the Emperor

SWORDS OF THE EMPEROR covers the organizational structures of the Japanese Army from 1931 to 1945 at the Divisional level. Covering every major combat organizational configuration, SWORDS OF THE EMPEROR allows gamers and historians to get a handle of how the Japanese war machine structured themselves to conduct the War in the Pacific and Far East. Also included is the Chinese Organizational structures. Covers Airborne, Artillery, Armored formations & more! Breaks down the command structures into their respective parts Aides in understanding the rapidly changing organizations Comprehensive major Vehicle and Weapons lists for both Japan and Chinese Forces Complete Aircraft listing and charts for use with PANZER KORPS Combat Analysis of actual historical performance Detailed Scenarios with maps and Orders of Battle Includes the China Theater of Operations Army composition and equipment for the Chinese Nationalist & Communist Forces JOIN PANZERKORPS@HOPLITERESEARCHGAMES.GROUPS.IO

Be the first to review “Swords of the Emperor” Cancel reply