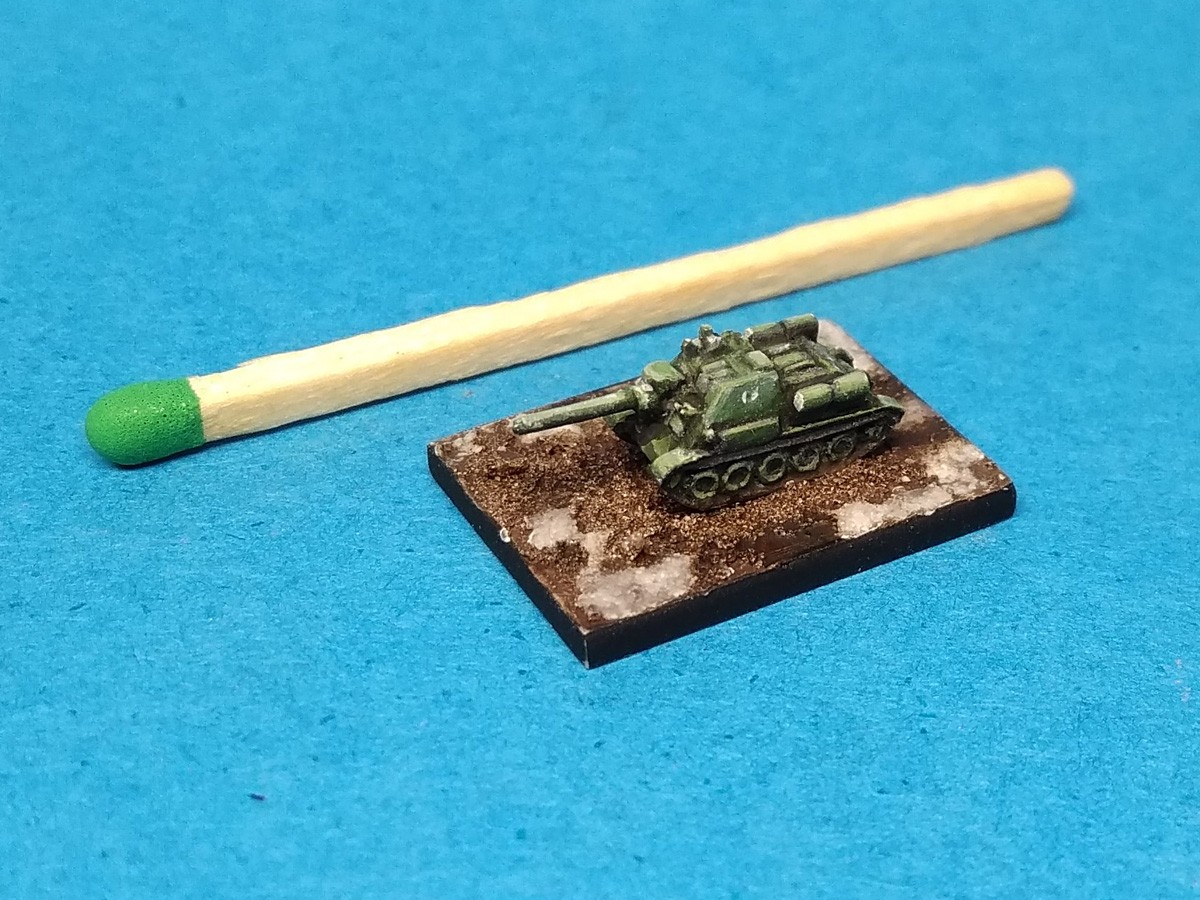 SP gun and tank-destroyer with an 85 mm gun.

The SU-85 (Samokhodnaya ustanovka 85) was a Soviet self-propelled gun used during World War II, based on the chassis of the T-34 medium tank. Earlier Soviet self-propelled guns were meant to serve as either assault guns, such as the SU-122, or as tank destroyers; the SU-85 fell into the latter category. The designation “85” signifies the bore of the vehicle’s armament, the 85 mm D-5S gun.