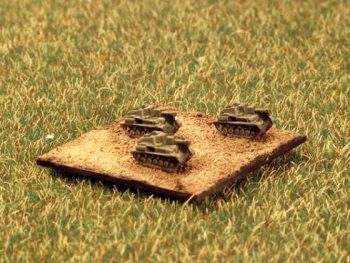 The SU-76 (Samokhodnaya Ustanovka 76) was a Soviet self-propelled gun used during and after World War II. The SU-76 was based on a lengthened and widened version of the T-70 light tank chassis. Its simple construction made it the second most produced Soviet armoured vehicle of World War II, after the T-34 tank.

Crews liked the vehicle for its simplicity, reliability, and ease of use. However, the steering was also sometimes regarded as difficult, leading crews to also refer to the vehicle as suka (Russian: сука; “bitch“) or suchka (Russian: сучка; “little bitch”). It was also nicknamed Golozhopiy Ferdinand (Russian: Голожопый Фердинанд; “bare-arsed Ferdinand“) due to its very light armor and somewhat similar silhouette, when compared to the Germans’ heavy Ferdinand/Elefant casemate tank destroyer of some 65 tonnes in weight.