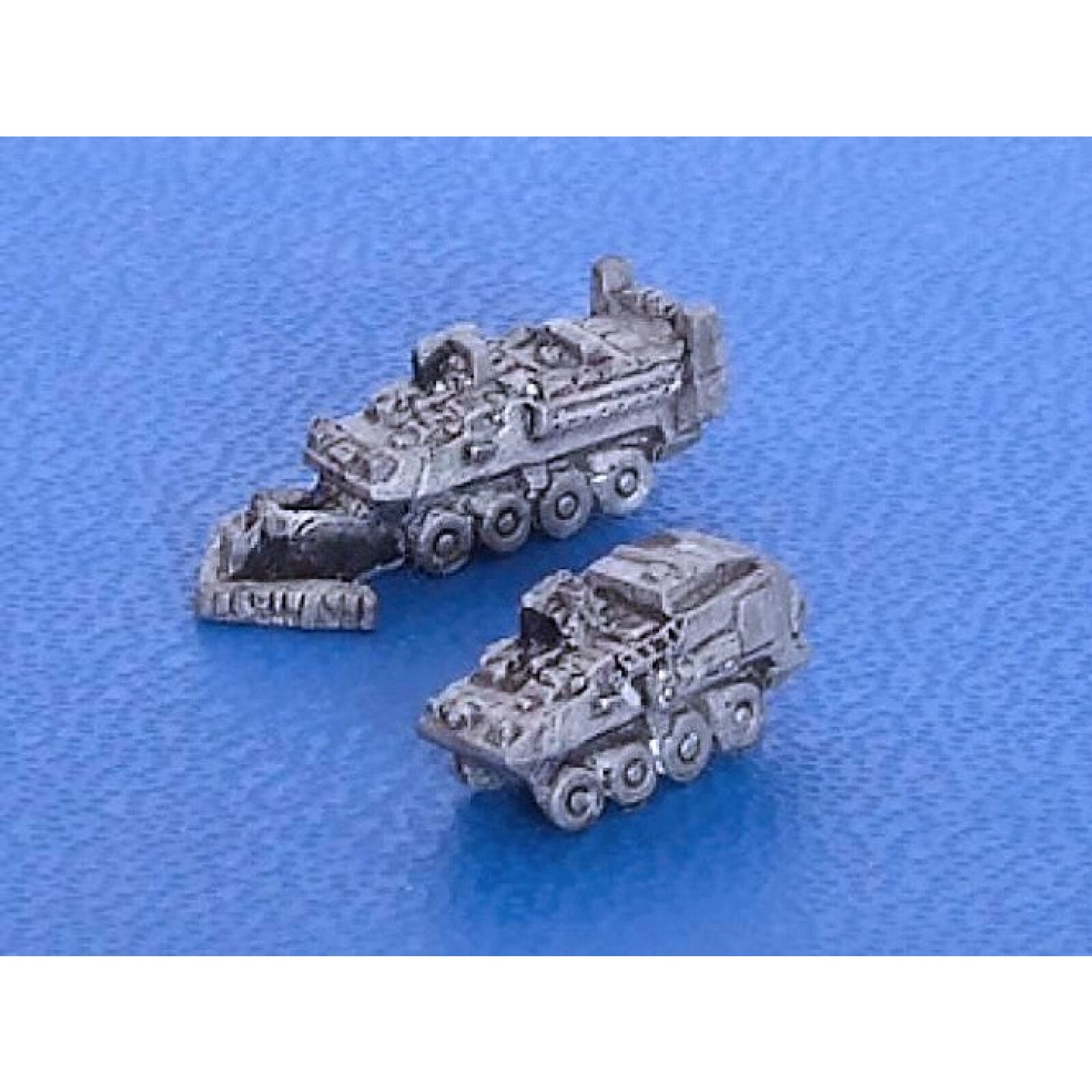 The Stryker is a family of eight-wheeled, armoured personnel carriers (derived from the Canadian LAV III/Swiss MOWAG Piranha IIIH 8×8) used by the United States Army. The Infantry Carrier Vehicle provides protected transport and, during dismounted assault, supporting fire for the infantry squad. The Stryker is a full-time four-wheel drive, selectively eight-wheel drive, armoured vehicle weighing approximately 19t which carries an infantry squad with their equipment. On paved roads the vehicle can attain speeds of 62 mph and a range of 311mi. M1132 Engineer Squad Vehicle (ESV) is the combat engineering variant of the Stryker. It is issued to combat engineer squads in the US Army Stryker brigade combat teams. Its purpose is to transport and support combat engineers on the battlefield; the vehicle includes obstacle clearing and lane marking systems as well as mine detection devices. Its most distinctive feature is a mine-clearance blade, it is most often towing a wheeled trailer loaded with additional equipment. The vehicle is capable of clearing mines on paved surfaces and some rubble clearance. Other mobility tasks can be completed by the mounted engineer squad with the tools on the vehicle and trailer. The M1133 Medical Evacuation Vehicle (MEV) is a variant of the Stryker family of vehicles designed to provide treatment for serious injury and advanced trauma cases. The Medical Evacuation Vehicle is the primary ambulance platform in units equipped with the Stryker family of vehicles. The Medical Evacuation Vehicle has an accessible attendant’s seat that allows the attendant to monitor patients. The ambulance is marked with Geneva Convention insignia that can be removed or masked without altering the camouflage pattern. It has a hydraulically operated rear ramp. This reduces risk of exposure to hostile activity or inclement weather.