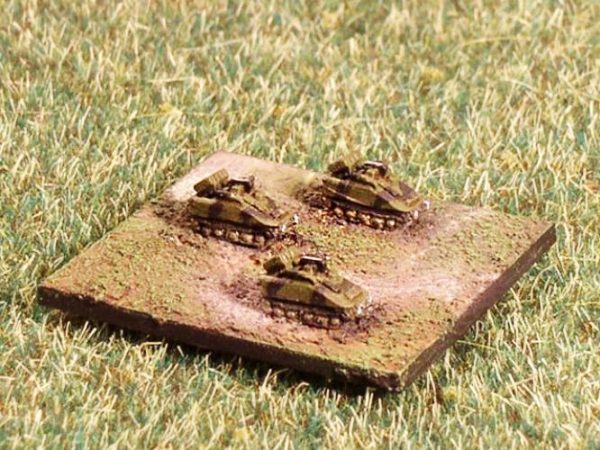 FV102 Striker was the Swingfire wire guided anti-tank missile carrying member of the CVR(T) family. The FV102 Striker was externally very similar to the FV103 Spartan but carried five missiles in a ready-to-fire bin at the back of the vehicle. Five reload missiles were carried in the vehicle. The bin was elevated to 35° (622mils) for firing. The targeting sight could be demounted and operated at a distance from the vehicle which could remain in cover, even completely screened as the missile can turn up to 90 degrees after launch to come onto the target heading. The missiles were originally steered by joystick control using manual command to line of sight (MCLOS). This was later updated to the semi-automatic command to line of sight (SACLOS) system where the controller merely sights the target.[1] Secondary armament was a general purpose machine gun.

Be the first to review “Striker Swingfire (15 pcs)” Cancel reply