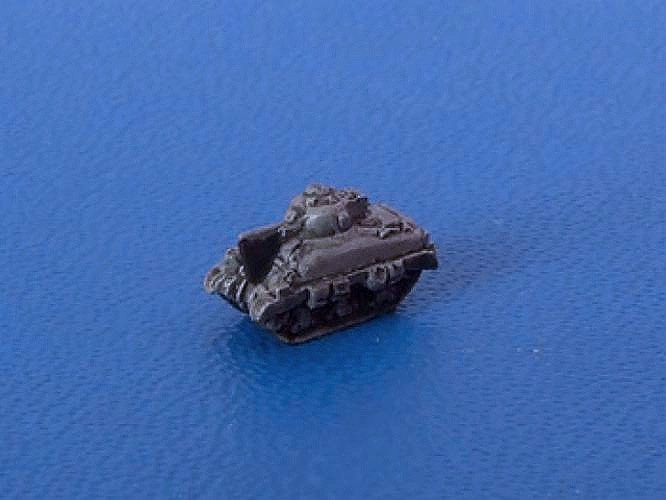 The British received far more M4 medium tanks, approximately 17,000 (roughly 34% of all M4s produced), than any other Allied nation. The British practice of naming American tanks after American Civil War generals was continued, giving it the name General Sherman after Union General William Tecumseh Sherman, usually shortened to Sherman. The US later adopted the name and the practice of naming tanks after generals.

In the British naming system the major variants were identified by Mark numbers, the M4 being “Sherman I”, the M4A1 “Sherman II” and so on. Letters after the mark number denoted modifications to the base model: “A” for the 76 mm L/55 gun instead of the 75mm, “B” for the 105 mm M4 L/22.5 howitzer, “C” for the (British) QF 17 pounder (76.2 mm) gun, and “Y” for the later wider-tracked Horizontal Volute Spring Suspension (HVSS) type suspension. Gun and suspension letters were used in combination, e.g. Sherman IBY. However, no production 75mm Shermans were built with HVSS and no HVSS Firefly conversions (CY) therefore existed. HVSS Shermans were only fitted with 76mm M1 guns or 105mm M4 howitzers, AY and BY respectively in British service.

Be the first to review “Sherman II (15 pcs)” Cancel reply