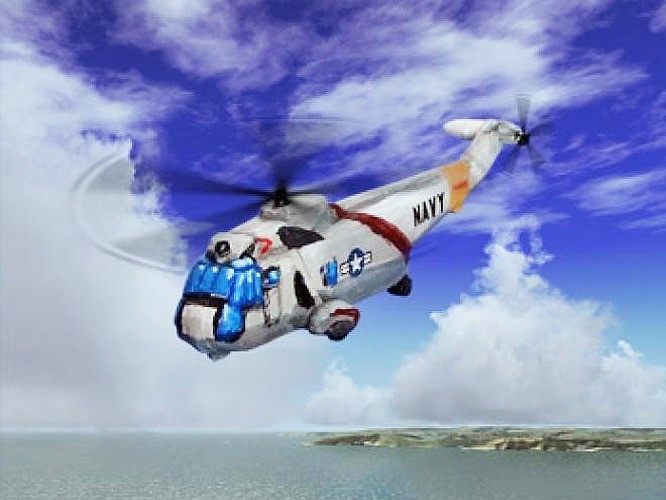 The Sikorsky SH-3 Sea King (company designation S-61) is an American twin-engined anti-submarine warfare (ASW) helicopter designed and built by Sikorsky Aircraft. A landmark design, it was the world’s first amphibious helicopter. The helicopter has a watertight boat-like hull. It has pontoons with floating bags, that give the Sea King a capability to land on water. Introduced in 1961, it served in the United States Navy as a key ASW and utility asset for several decades before being replaced by the non-amphibious Sikorsky SH-60 Seahawk in the 1990s and finally being retired in 2006. The SH-3 has a crew of 4, including 2 pilots and 2 operators. It can also carry 3 additional passengers. The Sea King has a dipping sonar and sonobuoys for submarine detection. Its armament consists of two Mk 46/44 anti-submarine torpedoes and it has the capability to carry a nuclear depth charge. It has a maximum speed of 166 mph and a range of 621 mi.