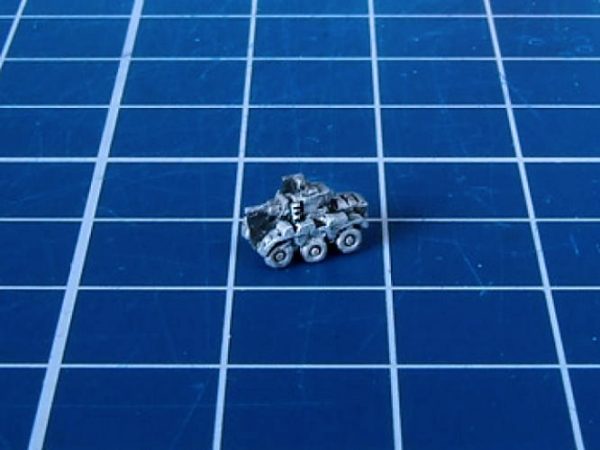 The FV601 Saladin is a six-wheeled armoured car developed by Crossley Motors[1] and later manufactured by Alvis. Designed in 1954, it replaced the AEC Armoured Car in service with the British Army from 1958 onward. The vehicle weighed eleven metric tonnes, offered a top speed of 72 km/h, and had a crew of three.[1] Saladins were noted for their excellent performance in desert conditions, and found favour with a number of Middle Eastern armies accordingly.[3] They were armed with a 76mm low-pressure smoothbore cannon which fired the same ammunition as that mounted on the FV101 Scorpion.

Be the first to review “Saladin (15 pcs)” Cancel reply