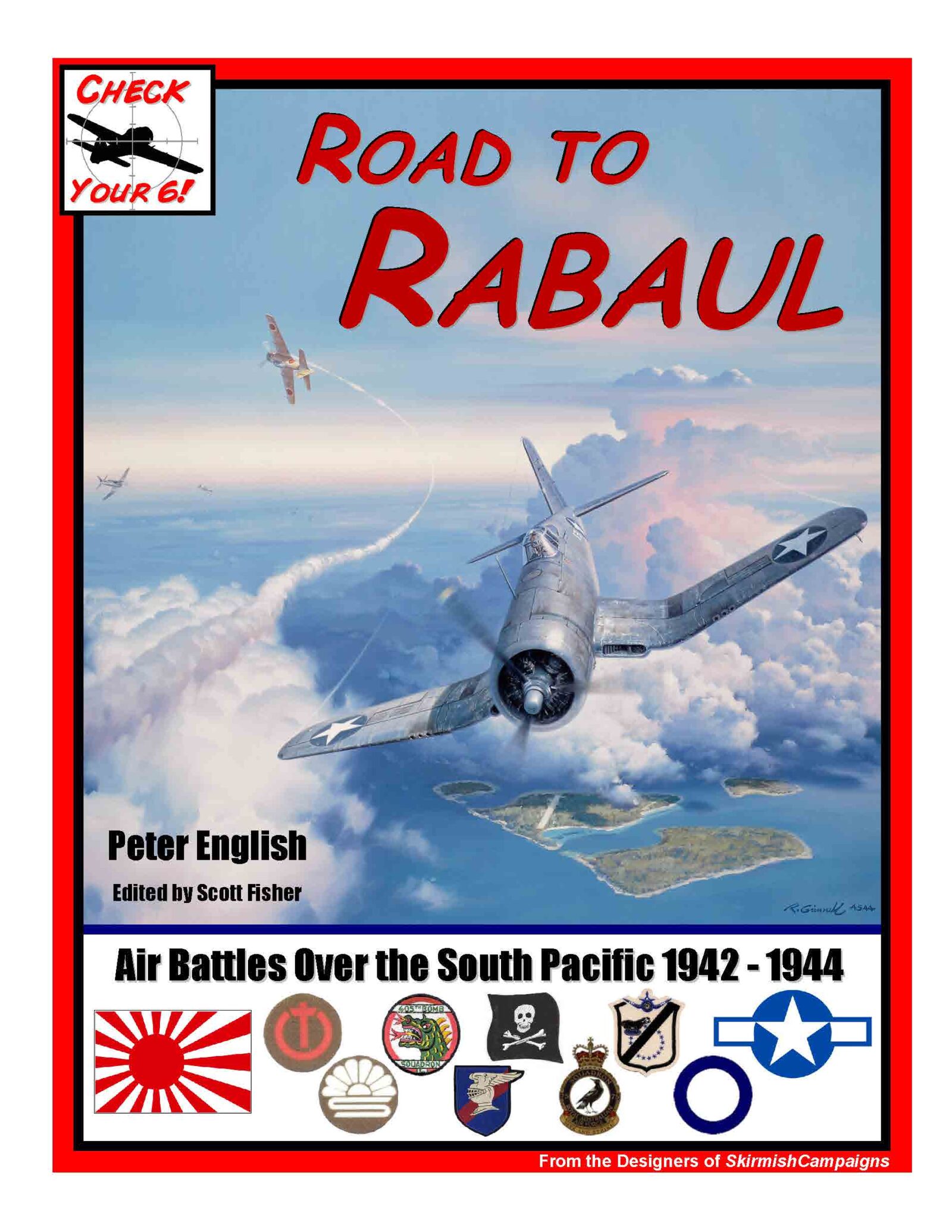 Road To Rabaul is a scenario and campaign book for the popular CHECK YOUR 6! Air Combat and Campaign Rules. The book provides four campaigns and 24 scenarios under one cover. The first campaign (5 scenarios) follows the beginning of the Japanese air campaign against Darwin, Australia from February to June 1942. The second campaign, recreates the desperate defense of Port Moresby, New Guinea from March to August 1942 with 5 scenarios. The third campaign (7 scenarios) focuses on the 5th Air Force assault on Japanese bases along the north coast of New Guinea in 1943. The last 7 scenarios concentrate on the US Navy and Marine Corps attacks against Rabual. The book alsofeatures some of WWII’s legendary aces including Thomas McGuire, Greg Boyington, George Welsh, Hiroyoshi Nishizawa, Shogo Takeuchi, Peter Turnbull and Les Jackson.

AIRCRAFT STATISTICS and CAMPAIGN INFORMATION: This book contains aircraft statistics for 18 Allied and Japanese aircraft in CHECK YOUR 6!  format for use in the scenarios. The book also contains detailed notes and rare pictures of the various aircraft featured in the campaign.

CHECK YOUR 6! CAMPAIGN SYSTEM: This book includes a CHECK YOUR 6! campaign that allows the scenarios to be played individually, linked to form four mini-campaigns, or combined as one grand campaign.