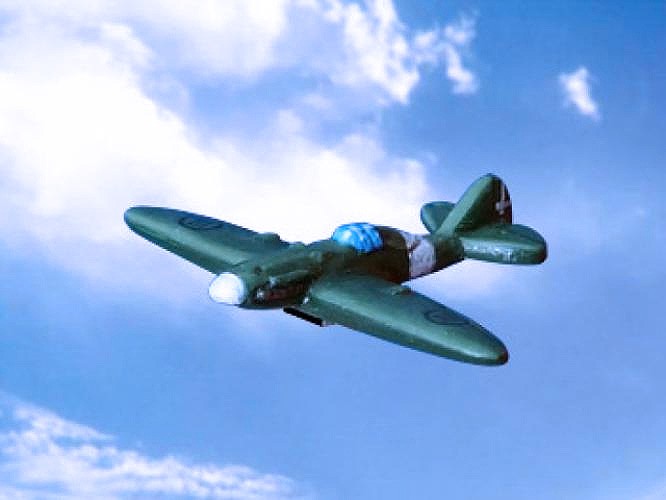 Final stage of Re.2000 evolution – Called the most beautiful plane of the Second World War.

The Reggiane Re.2005 Sagittario (English: Archer, Sagittarius) was an Italian monoplane fighter/fighter-bomber produced for the Regia Aeronautica during the later years of World War II. Along with the Macchi C.202/C.205 and Fiat G.55, the Reggiane Re.2005 was one of the three Serie 5 Italian fighters. The lines of the fuselage were aerodynamically efficient, and everything was designed to get the most out of the famous Daimler-Benz DB 605 engine.[2] The only drawback was a certain structural weakness in the rear section of the fuselage.[2] Only 48 examples had been delivered before the Armistice and these fighters took part in the defence of Naples, Rome and Sicily with the final survivors battling above the crumbling ruins of Berlin, with German insignia.[3] Well-respected ace and military observer, Group Captain Duncan Smith, DSO DFC, stated: “The Re.2005 was altogether a superb, potent aeroplane.”