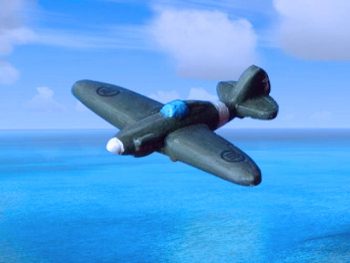 Re.2000 equipped with the German Daimler-Benz engine.

The Reggiane Re.2001 Falco II was an Italian fighter aircraft, serving in the Regia Aeronautica (Italian Air Force) during World War II. A contemporary of the renowned Macchi C.202, the production of this type was to be limited to only 252, but it was a flexible design that proved to be able to undertake a number of roles. Thanks to its maneuverability it could dogfight with more powerful opponents like the Supermarine Spitfire. The Re.2001 became the basis of a later, more formidable fighter, the Re.2005.