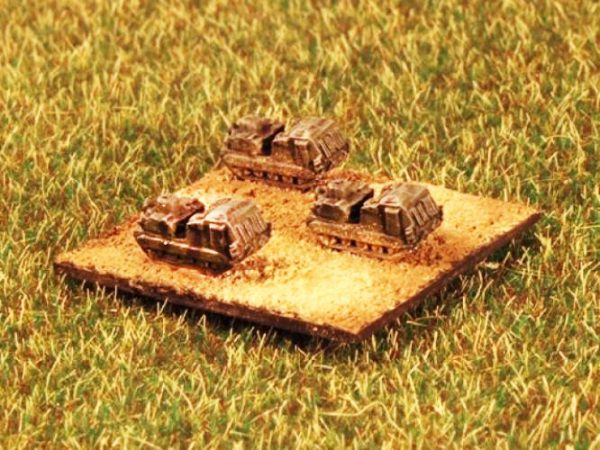 With sales to Iran came the additional requirement for a mobile version of Rapier. BAC responded by adapting the Rapier system to fit on the M548, a cargo-carrier version of the ubiquitous M113 armoured personnel carrier. Development started in 1974 as “Tracked Rapier”, but had not yet been delivered when the Shah fell from power in 1978. The vehicles were later purchased by the British Army. The first public showing of Tracked Rapier was at the 1977 Paris Air Show, as a static display unit. The first Tracked Rapiers entered service with 11 (Sphinx) Air Defence Battery, of 22 Air Defence Regiment, Royal Artillery in 1983 in Napier Barracks near Dortmund.

Be the first to review “Rapier – Tracked (15pcs)” Cancel reply