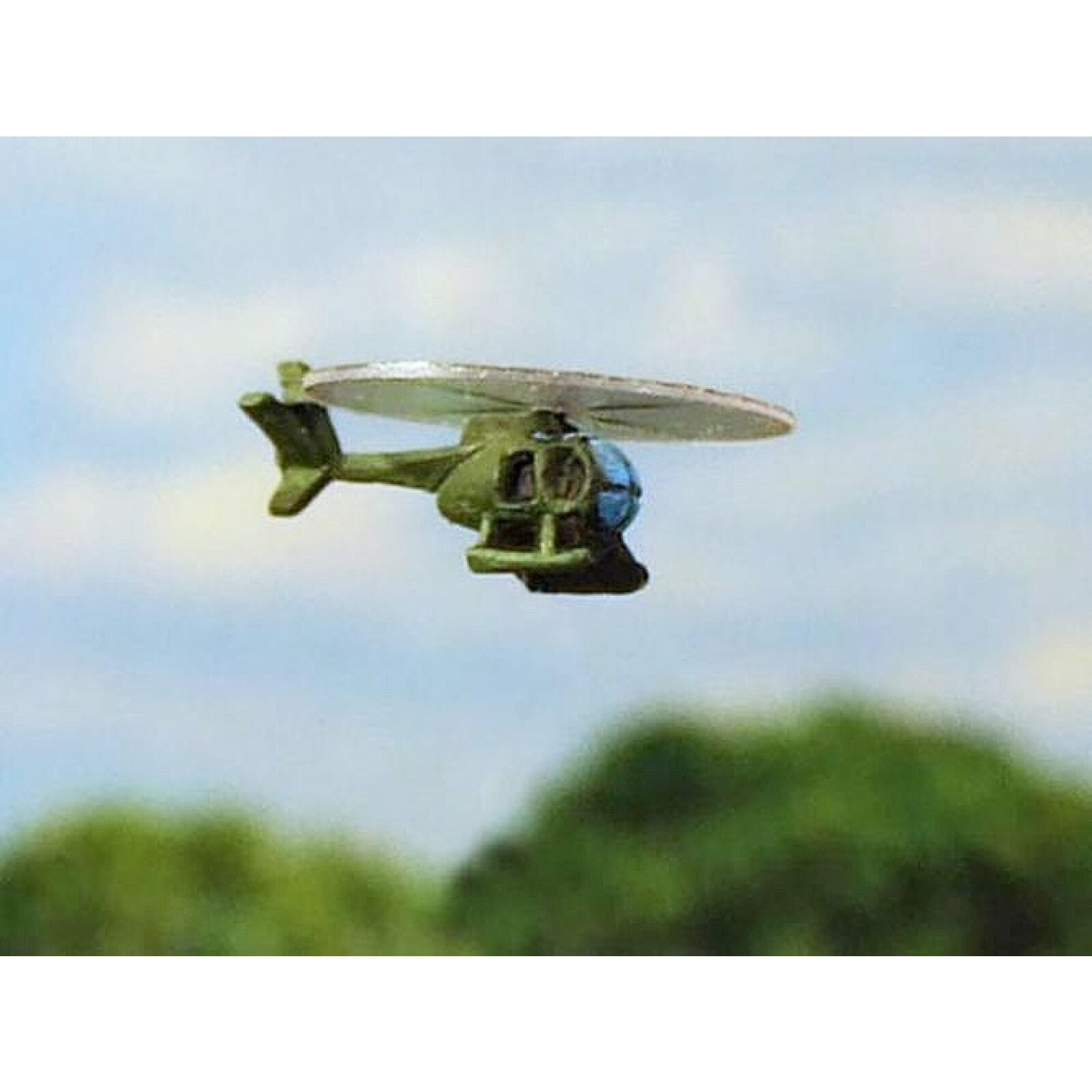 The Hughes OH-6 Cayuse (nicknamed “Loach”, after the requirement acronym LOH — Light Observation Helicopter) is a single-engine light helicopter with a four-bladed main rotor used for personnel transport, escort and attack missions, and observation. With a crew of 2 the Cayuse has a maximum speed of 175 mph and a range of 267 mi. It can carry an armament consisting of a combination of two M60 or M134 Minigun 7.62 mm machine guns, two .50 cal (12.7 mm), MG pods, fourteen 2.75 in (70 mm), Hydra 70 rockets in two pods, four TOW missiles in two pods and four Hellfire missiles in two pods.