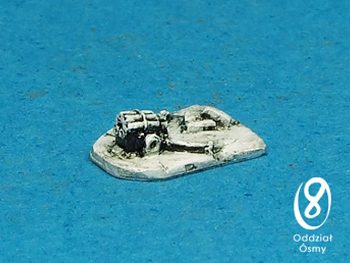 The Nebelwerfer 15cm was a German multiple rocket launcher used in the Second World War. It served with units of the Nebeltruppen, the German equivalent of the U.S. Army’s Chemical Corps. Just as the Chemical Corps had responsibility for poison gas and smoke weapons that were used instead to deliver high-explosives during the war, so did the Nebeltruppen. The name Nebelwerfer is best translated as “smoke thrower”.

Be the first to review “Nebelwerfer 15cm (15 pcs)” Cancel reply