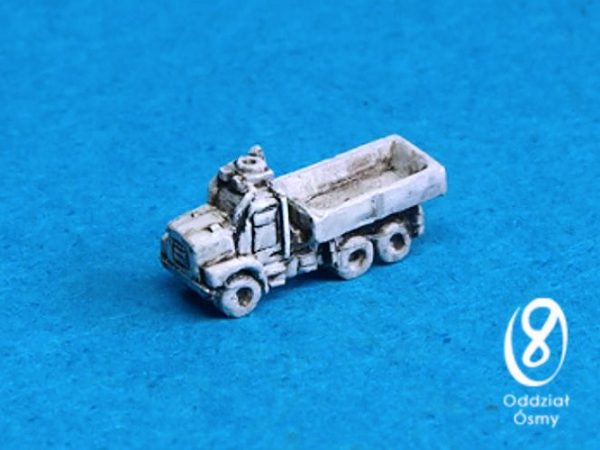 The Medium Tactical Vehicle Replacement (MTVR) also known as the “7 ton” is a series of vehicles manufactured and designed by Oshkosh Defense for the United States Marine Corps, based on a common chassis that vary by payload and mission requirements. There were originally four MTVR variants, this increasing to seven, and then nine variants (plus a sub-variant) as deliveries and development continued. A dedicated trailer and prototype/developmental MTVRs have also been produced. The first MTVRs were delivered in late 1999. All production versions of the MTVR are based on the same 6×6 drive configuration. Production vehicles are armor-ready and have air-conditioning, revised cab mounts and upgraded cab suspension. MTVRs are powered by a Caterpillar C-12, Advanced Diesel Engine Management (ADEM) III 11.9-litre six-cylinder diesel engine that develops 425 hp at 1,800 rpm and 2,101 Nm of torque at 1,200 rpm. All-wheel drive is permanent and under highway driving conditions the torque split is 32% front, 68% rear. The MTVR weights in at 12,610 lbs, has a range 300 mi and a top speed of 65mph. It is able to haul up to 14,199 lbs off road and 30,000 lbs on paved surface.

Be the first to review “MTVR (15 pcs)” Cancel reply