View cart “Modern Air Power: War Over The Mideast” has been added to your cart. 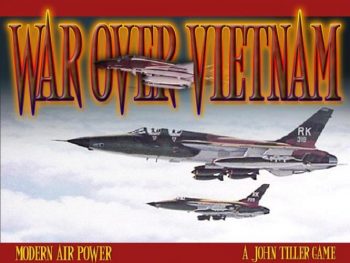 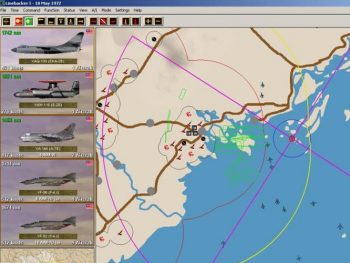 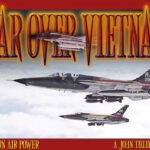 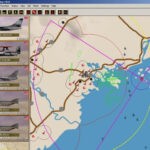 War Over Vietnam is a tactical air warfare simulation that features an extremely detailed and accurate depiction of the operational air war over the expansive Southeast Asia theater of operations.

Electronic warfare, including standoff jamming, chaff corridors, and self-protection ECM pods, helps strike aircraft penetrate successfully to their targets in the thick of the dense and lethal North Vietnamese air defenses. A full suite of sensors is modeled, from ground controlled intercept and airborne warning and control radars down to SAM and AAA target-tracking radars. Reconnaissance and intelligence aircraft overfly targets and record bomb damage for headquarters assessment and mission planning. Radar- homing and heat-seeking air intercept missiles, “dumb” and “smart bombs” as well as “SAM Killer” anti-radiation missiles are all modeled.

War over Vietnam is the first computer game to attempt to authentically portray the full complement of offensive and defensive weaponry the “River Rats” employed when going “Downtown” over Route Pack Six. War Over Vietnam covers a truly diverse range of airspeed and altitude flight profiles: from a supersonic F-111 ‘Aardvark’ roaring 200 feet above the jungle canopy at night; to an SR-71 ‘Blackbird’ blistering through the lower ionosphere at several times the speed of sound; to an HH-3 ‘Jolly Green Giant’ hovering motionless 50 feet off the ground near enemy troops while ‘PJ’ rescue men winch up downed airmen.