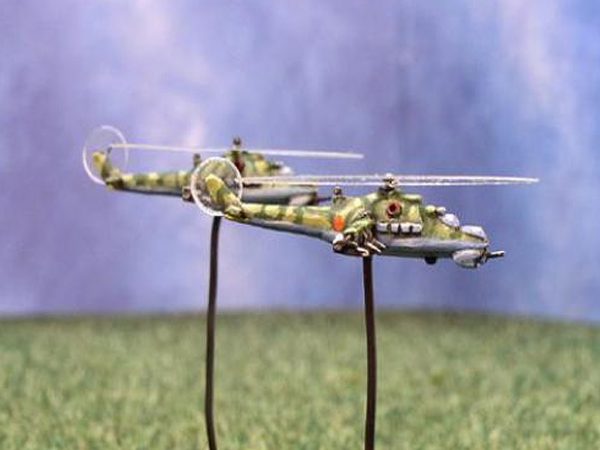 The Mil Mi-24 (Russian: Миль Ми-24; NATO reporting name: Hind) is a large helicopter gunship, attack helicopter and low-capacity troop transport with room for eight passengers.[1] It is produced by Mil Moscow Helicopter Plant and has been operated since 1972 by the Soviet Air Force and its successors, along with more than 30 other nations.