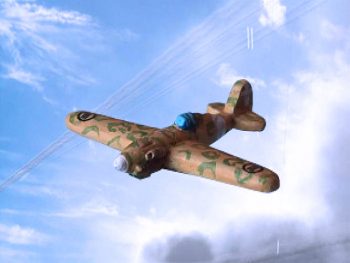 Considered one of the most beautiful fighters to fly with wartime Axis forces, the Folgore was also an effective and deadly dogfighter.

The Macchi C.202 Folgore (Italian “thunderbolt”) was a World War II fighter aircraft built by Macchi Aeronautica and operated mainly by the Regia Aeronautica (RA; Royal (Italian) Air Force). Macchi aircraft designed by Mario Castoldi received the “C” letter in their model designation, hence the Folgore is referred to as the C.202 or MC.202. The C.202 was a development of the earlier C.200 Saetta, with an Italian-built version of the Daimler-Benz DB 601Aa engine and a redesigned, more streamlined fuselage.[2] Considered to be one of the best wartime fighters to serve in large numbers with the Regia Aeronautica,[3] the Folgore operated on all fronts in which Italy was involved.