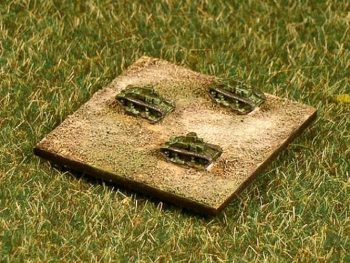 A resin cast model of the vehicle.  The Tank, Infantry, Mk I, Matilda I (A11) was a British infantry tank of the Second World War. It is not to be confused with the later model Tank, Infantry Mk II (A12), also known as the “Matilda II”, which took over the “Matilda” name after the early part of the war, when the first Matilda was withdrawn from combat service. They were different designs and did not share components but did have some similar traits, because they were both designed to be infantry tanks, a type of tank that tended to sacrifice speed for increased armour protection.