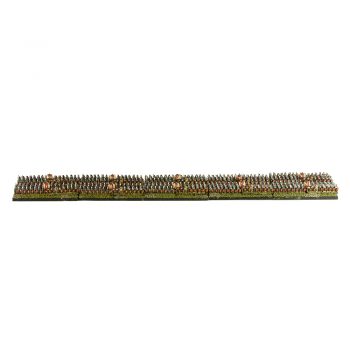 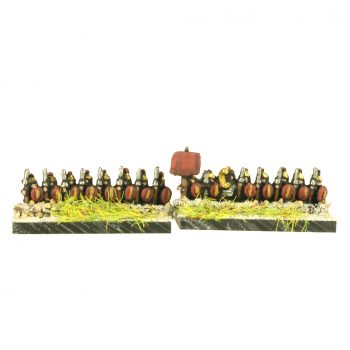 This pack of 3mm figures contains sixty strips of Roman Legionnaires from the late Republic. Each strip contains eight figures and every six strips is designed to represent a cohort with one strip containing a Command group with Standard. Each ‘cohort’ is forty eight figures strong.

Following the Marian reforms, the Roman Legion was professionalized drifting away from its roots of a citizen army. As such, the Legionnaires were equipped by the state with mail, pilum and shield. The professionalization of the Legions broke the link between soldiers and the Republic. They instead increasingly owed allegiance to their Generals and the promises of land that they offered. This process would eventually bring the end of the Republic and the start of the Empire.

Be the first to review “Marian or Caesarian Legionaires” Cancel reply