View cart “HMMWV Avenger (15 pcs)” has been added to your cart. 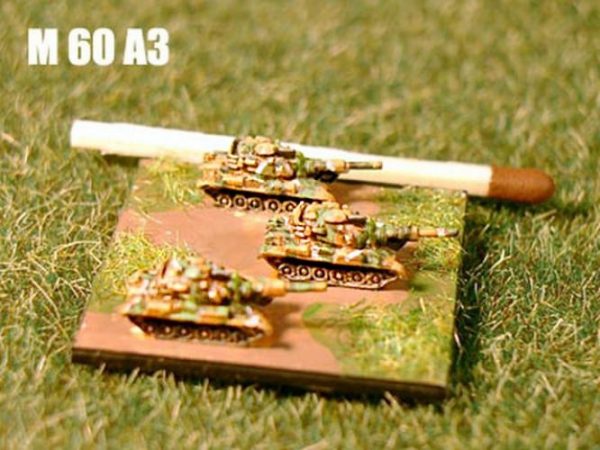 The M60 Patton is a main battle tank (MBT) introduced in December 1960. The M60 is one of the world’s most successful main battle tanks with 15,000 having been produced and serving in the armies of 22 countries. With the United States Army’s deactivation of their last (M103) heavy tank battalion in 1963, the M60 became the Army’s primary tank during the Cold War. Although developed from the M48 Patton, the M60 series was never officially classified as a Patton tank, but as a “product-improved descendant” of the Patton series. In March 1959, the tank was officially standardized as the 105 mm Gun Full Tracked Combat Tank M60. In 1978, work began on the M60A3 variant. It featured a number of technological enhancements, including smoke dischargers, a new flash-lamp pumped ruby-laser based rangefinder (AN/VVG-2) that could be used by both commander and gunner, an M21 ballistic computer, and a turret stabilization system. The M60A3 carries an armament consisting of a 105 mm M68 tank gun, .50 BMG M85 machine gun, and the 7.62×51mm NATO M73 machine gun. It has a range of 300 miles and a top speed of 30 mph.