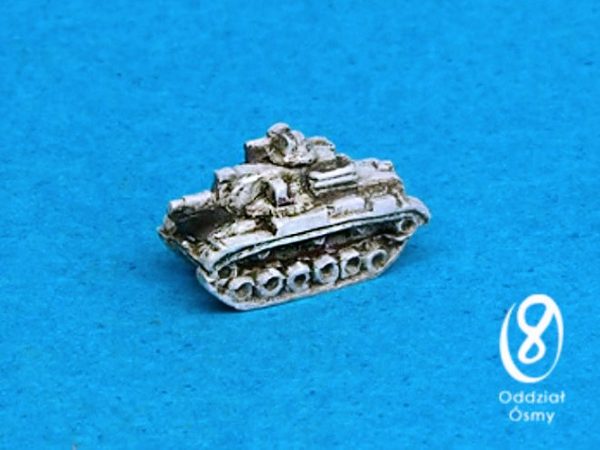 The M60A2 is a variant of the M60 main battle tank and was developed as a force multiplier for units, operating the M60A1 MBTs. Its development began in the late 1960s. This vehicle entered service with the US Army in 1972. A total of 526 M60A2 main battle tanks were built. This vehicle was nicknamed Starship due to its sophisticated technology. The M60A2 was completed with a new turret, housing the M48 152-mm gun/launcher. This gun could fire both ordinary munitions and MGM-51 Shillelagh anti-tank guided missiles. It had a range of effective fire in 1.5 km firing ordinary munitions and up 3 km firing anti-tank guided missiles. Operational experience of this MBT revealed that the 152-mm gun is inferior in terms of range and accuracy to 105-mm or 120-mm tank guns, firing ordinary munitions. The MGM-51 Shillelagh anti-tank missiles also could not penetrate well armored MBTs. Secondary armament consists of 7.62-mm coaxial machine gun and 12.7-mm anti-aircraft machine gun, mounted in the cupola. This weapon is fired, loaded and serviced from a fully-protected position. It has a range of 300 miles and a top speed of 30 mph.