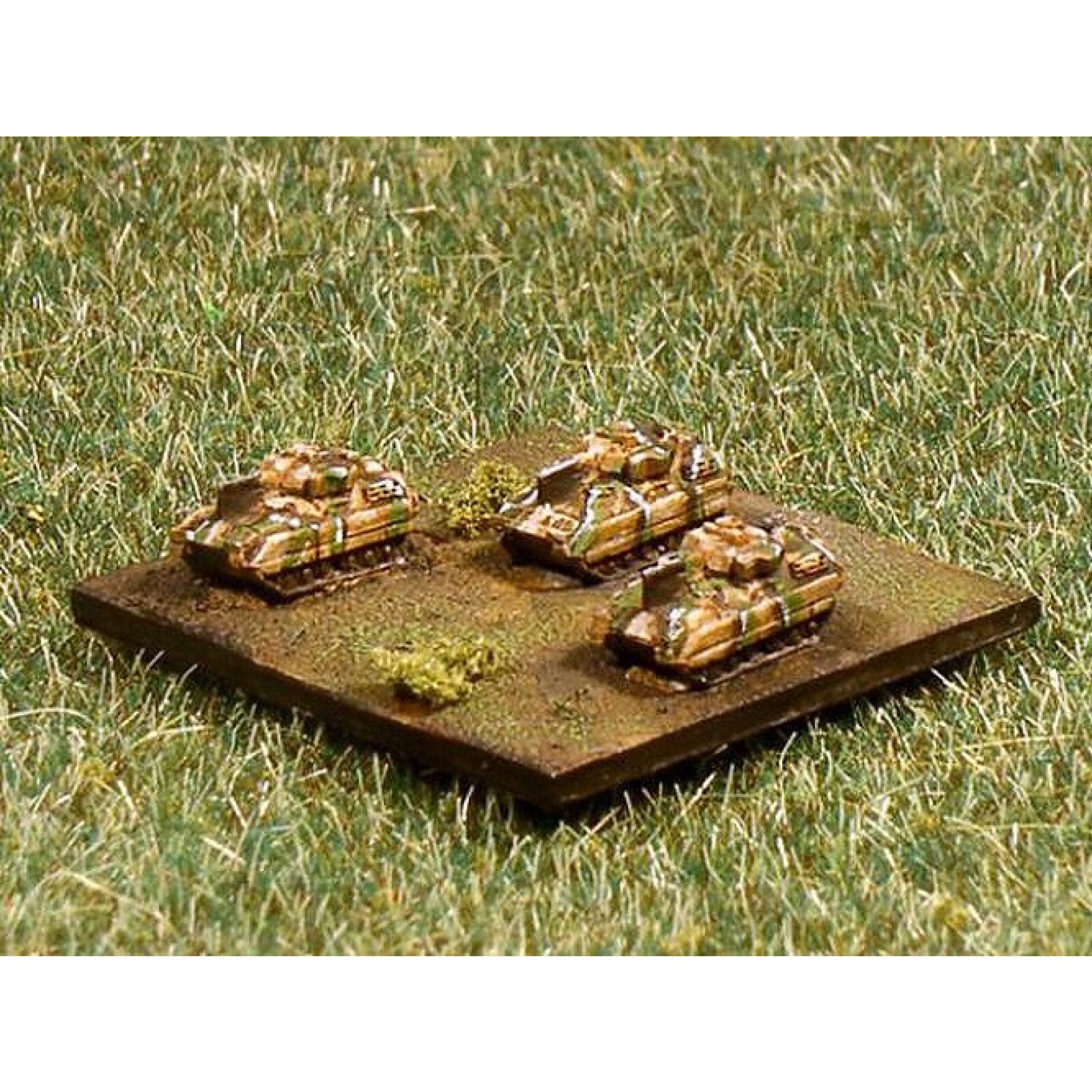 The Bradley Fighting Vehicle (BFV) is an American fighting vehicle platform manufactured by BAE Systems Land and Armaments, formerly United Defense. It was named after U.S. General Omar Bradley. The Bradley is designed to transport infantry or scouts with armor protection, while providing covering fire to suppress enemy troops and armored vehicles. The Bradley was developed largely in response to the Soviet BMP family of infantry fighting vehicles, and to serve as both an armored personnel carrier (APC), and a tank-killer. The M2 holds a crew of three (a commander, a gunner and a driver) along with six fully equipped soldiers. The M2’s main mission is to provide protected transport of an infantry squad (up to six passengers) to critical points. The M3 mainly conducts scout missions and carries two scouts in addition to the regular crew of three, with space for additional TOW missiles. The M3 only varies from the M2 in a few subtle ways and by role.The M3 is classified as an armored reconnaissance and scout vehicle and does away with the firing ports found in the M2 series. The M3 also carries more TOW missiles as well as more ammunition for its 25mm and 7.62mm guns. Both vehicles primary armament is a 25 mm cannon, which fires up to 200 rounds per minute and is accurate up to 2,500 m depending on the ammunition used. They are also armed with two BGM-71 TOW wire-guided missiles, which are held in a rectangular compartment on the left side of the turret and are capable of destroying most tanks out to a maximum range of 3750 m. However, the missiles can only be fired while the vehicle is stationary. The Bradley also carries a coaxial 7.62 mm medium machine gun, located to the right of the 25 mm chain gun.