View cart “Polish CW Infantry – AT-3 Sagger (6 pcs)” has been added to your cart. 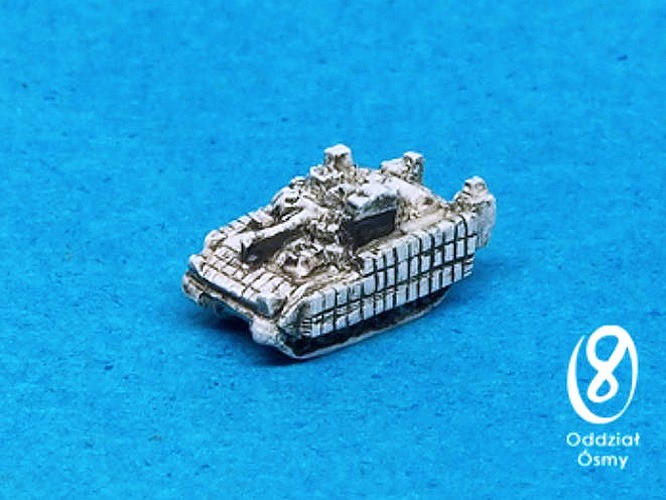 The M2 Bradley, or Bradley IFV, is an American infantry fighting vehicle that is a member of the Bradley Fighting Vehicle family. It is manufactured by BAE Systems Land & Armaments, which was formerly United Defense. The Bradley is designed for reconnaissance and maneuverability. The Bradley is also designed to transport a squad of infantry, providing them protection from small arms fire, while also providing firepower to both suppress and eliminate most threats to friendly infantry. It was named after U.S. General Omar Bradley. The M2 holds a crew of three (a commander, a gunner and a driver) along with six fully equipped soldiers. The Bradley was developed largely in response to the Soviet BMP family of infantry fighting vehicles, and to serve as both an armored personnel carrier (APC), and a tank-killer. Introduced in 2000, the A3 upgrades make the Bradley IFV totally digital and upgraded or improved existing electronics systems throughout improving target acquisition and fire control, navigation, and situational awareness. Also, the survivability of the vehicle is upgraded with a series of armor improvements, again both passive and reactive, as well as improved fire-suppression systems and NBC equipment. The M2’s primary armament is a 25 mm cannon that fires up to 200 rounds per minute and is accurate up to 3000 m, depending on the ammunition used. It is also armed with a TOW missile launcher that is capable of carrying two loaded missiles. The missiles, capable of destroying most tanks to a maximum range of 4,000 metres (13,000 ft), can only be fired while the vehicle is stationary. The Bradley also carries a coaxial 7.62 mm medium machine gun, located to the right of the 25 mm chain gun.