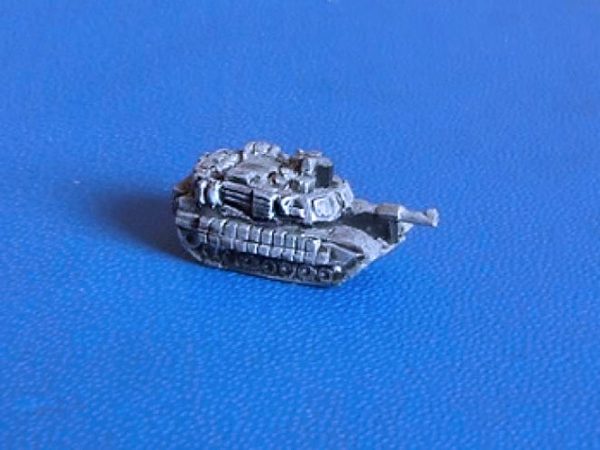 The M1A2 Abrams Tank Urban Survival Kit (TUSK) is a variant of the M1A2 Abrams that has been modified by the addition of the Tank Urban Survival Kit. The invasion of Iraq in 2003 exposed vulnerability of the Abrams tanks to rocket propelled grenades and mines. These problems were partially resolved by fitting the tanks with the TUSK. M1A2 equipped with this kit becomes even deadlier. Once the kit is fitted the M1A2 have improved protection, firepower and situational awareness. This kit can be applied by the units in field conditions. By 2008 all tanks fielded in Iraq were equipped with Tanks Urban Survival Kit. The TUSK includes add-on explosive reactive armor, fitted to side skirts. It provides protection against RPG rounds. A slat armor is added to the hull rear. It also provides protection against RPG rounds. Additionally this tank is fitted with 32 dischargers for 66-mm defensive grenades. These dischargers are loaded with a combination of smoke and anti-personnel grenades. Previously M1A2s were fitted only with 12 grenade dischargers. Vehicle commander received transparent shielding around his .50 M2 Browning. The tank is fitted with a remotely controlled .50 M2 Browning over the main gun. It is fitted with a spotlight. This machine gun is referred as counter sniper and anti-material weapon. It fires single shots or in full-auto mode. There is also a 7.62-mm coaxial machine gun. Vehicle commander has a 360 degree camera which improves situational awareness. The driver is fitted with new safety sear and rear vision camera. The TUSK has a top speed of 42mph and a range of 265mi.