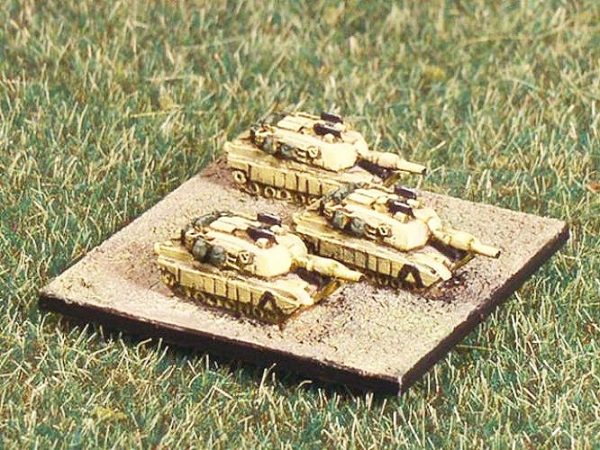 The M1A1 Abrams main battle tank was developed by General Dynamics. It is a further development of the M1 Abrams. The M1A1 was revealed in 1985 with production commencing the same year. It entered service with US Army in 1986. Production ended in 1992 and approximately 4 800 M1A1 Abrams tanks were built. The M1A1 has an improved armor protection comparing with its predecessor. Front turret and hull armor of the M1A1 features advanced composite armor reinforced with depleted uranium mesh for better protection. Like in the previous version ammunition is stored in the turret bustle with blow-out panels for better survivability and crew protection. One of the most important improvement over the M1 is the M256 120-mm smoothbore gun, originally developed by Rheinmetall and produced in USA under license. This gun is loaded manually. Ammunition load was decreased to 40 rounds due to larger projectile size. The M1A1 Abrams has a range of effective fire in excess of 4 km. Secondary armament consists of coaxial 7.62-mm machine gun, another roof-mounted 7.62-mm machine gun operated by gunner and 12.7-mm machine gun operated by commander.