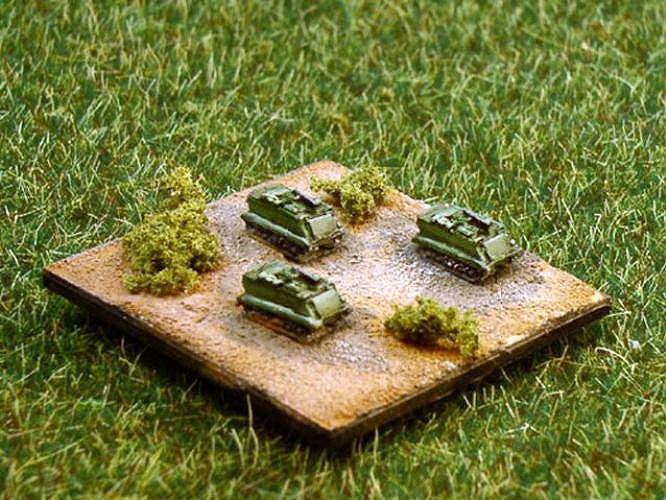 In German service, the M113 and M113A1 were known respectively as the M113G and M113A1G. Most of them were later upgraded to A2 standard and got the new designator M113A2 GE. Those vehicles that were fitted with external fuel tanks and the new SEM-80/90 radioset are known as M113A2 EFT GE A0. Under the NDV-2 program, some vehicles had been fitted with a new MTU engine, new steering and brake systems etc. German M113s often have a bank of eight 76mm smoke grenade dischargers at the front of the vehicle, and are armed with Rheinmetall MG3s instead of the more common M2 .50 caliber machine gun.