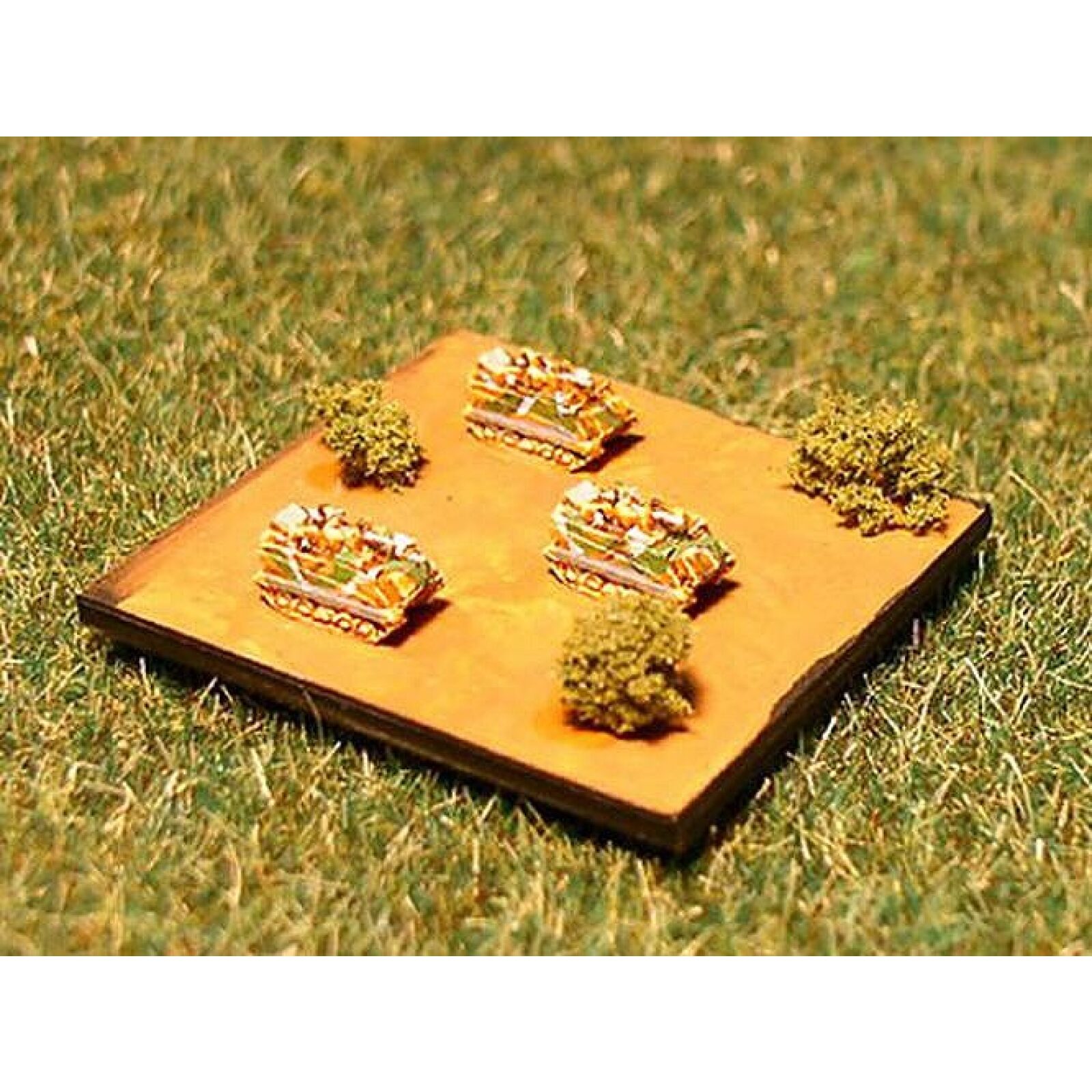 The M113 ACAV “armored cavalry assault vehicle” is variant of the M113 APC. It is a fully tracked armored personnel carrier that was developed by Food Machinery Corp. ACAV, was a concept and field modification pioneered by the ARVN in 1963 during the Vietnam War. The ARVN troops utilized the M113 armored personnel carrier as an infantry fighting vehicle, and more often than not, as a light tank by fighting mounted rather than as a “battle taxi” as dictated by U.S. Army doctrine. After it was found that the commander and cargo hatch positions were extremely exposed, and hence the commander and troops were vulnerable to enemy fire, South Vietnamese engineers thought out a simple and cheap remedy to this problem; they used armor from scrapped vehicles to up-armor the hatch positions. For the U.S. Army, ACAV sets were producedfor the 12.7 millimetres (0.50 in) machine gun, and rear aft and starboard M60 machine gun positions. Finally, the ARVN’s ACAV modifications were adopted by the U.S. Army in Vietnam, and by 1965 the full ACAV set was mass-produced in the U.S. The kit included shields and circular turret armor for the commander’s M2 12.7 mm machine gun, and two additional 7.62 mm M60 machine guns, again with shields, fitted on either side of the top cargo hatch. This kit could be retrofitted to any M113.