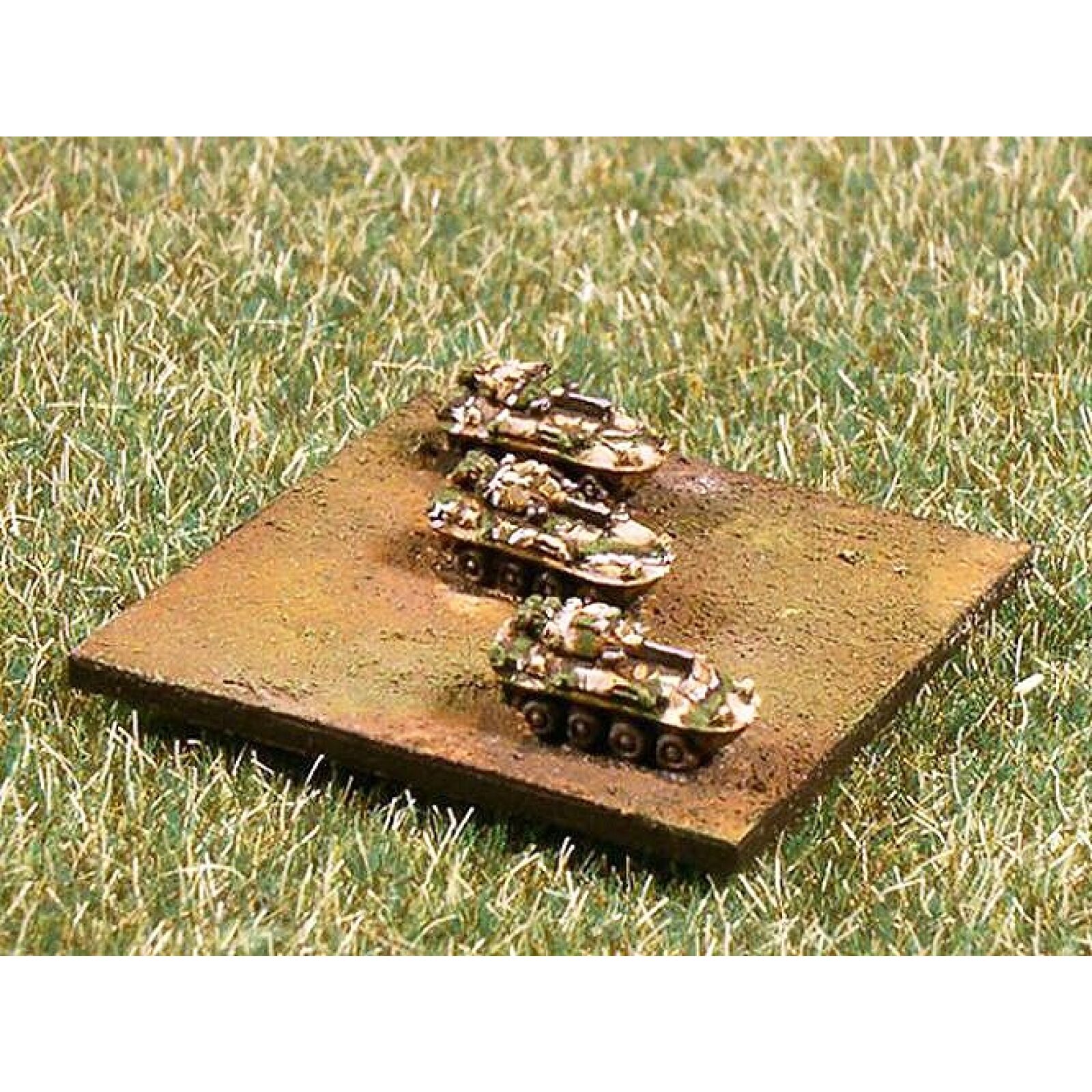 The LAV-25 (Light Armored Vehicle) is an eight-wheeled amphibious armored reconnaissance vehicle used by the United States Marine Corps. It was built by General Dynamics Land Systems Canada and is based on the Swiss MOWAG Piranha I 8×8 family of armored fighting vehicles. It entered service with the Marines in 1983. LAVs first saw combat during the Invasion of Panama in 1989, and continued service in the Gulf War, Iraq War, and the War in Afghanistan. They are 4-wheel drive (rear wheels) transferable to 8-wheel drive. They are also amphibious but are limited to non-surf bodies of water. While engaged in amphibious operations, the maximum speed is approximately 7.5 mph using equipped propellers. Typical land speeds are approximately 62.5 mph in either 4- or 8-wheel drive. They are equipped with a M242 Bushmaster 25 mm cannon, two M240 7.62 mm machine guns, and two 4-barrel smoke grenade launchers located on the forward left and right sides of the turret. The crew is three; vehicle commander (VC), gunner, and driver; and four passengers (scouts) with combat gear.