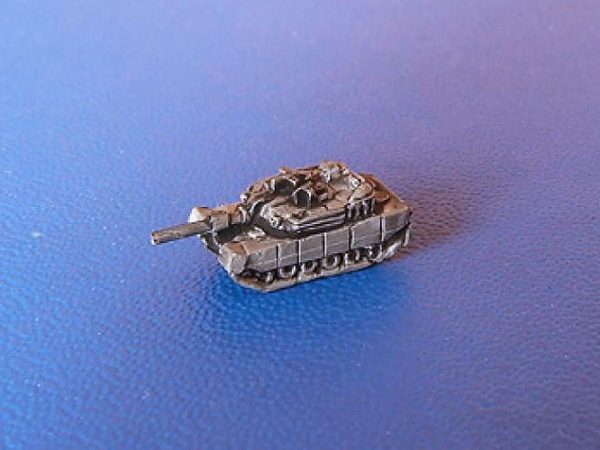 The K1 is a South Korean main battle tank in use with the Republic of Korea Armed Forces, developed by Hyundai Precision (later Hyundai Rotem).[2] The vehicle’s early design work was based on General Dynamics‘ M1 Abrams, with some noticeable differences including a combined system of hydropneumatic suspension and torsion bars, and a river-crossing fording kit, to meet the required operational capability that was specific to combat operations in the mountainous and swampy terrain of the Korean Peninsula.[2] The K1A1 entered service in 1999, upgraded with a 120mm smoothbore gun, and outfitted with more modern electronics, ballistic computers, and fire control systems developed by Samsung Electronics.[2] Hyundai Rotem produced 1,511 K1 and K1A1 tanks between 1985 and 2010.