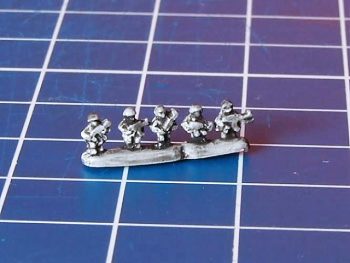 Design work on the AK-47 began in the last year of World War II (1945). In 1946, the AK-47 was presented for official military trials, and in 1948, the fixed-stock version was introduced into active service with selected units of the Soviet Army. An early development of the design was the AKS (S—Skladnoy or “folding”), which was equipped with an underfolding metal shoulder stock. In the spring of 1949, the AK-47 was officially accepted by the Soviet Armed Forces[8] and used by the majority of the member states of the Warsaw Pact.