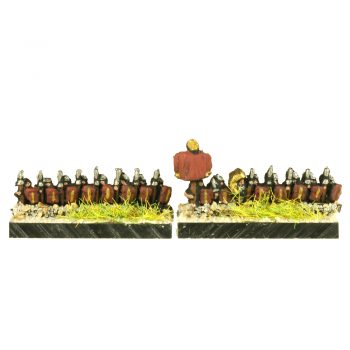 This pack of 3mm figures contains 60 strips of Imperial Roman Legionnaires. Each strip contains eight figures and every six strips is designed to represent a cohort with one strip containing a Command group with Standard. Each ‘cohort’ is 48 figures strong.

These are the traditional Roman Legions favored by Hollywood. The rectangular shield, lorica segmentata and helmet with neck guard came in during the reign of Tiberius and rapidly became the standard look of Roman Legions.

Be the first to review “Imperial Roman Legionaires” Cancel reply