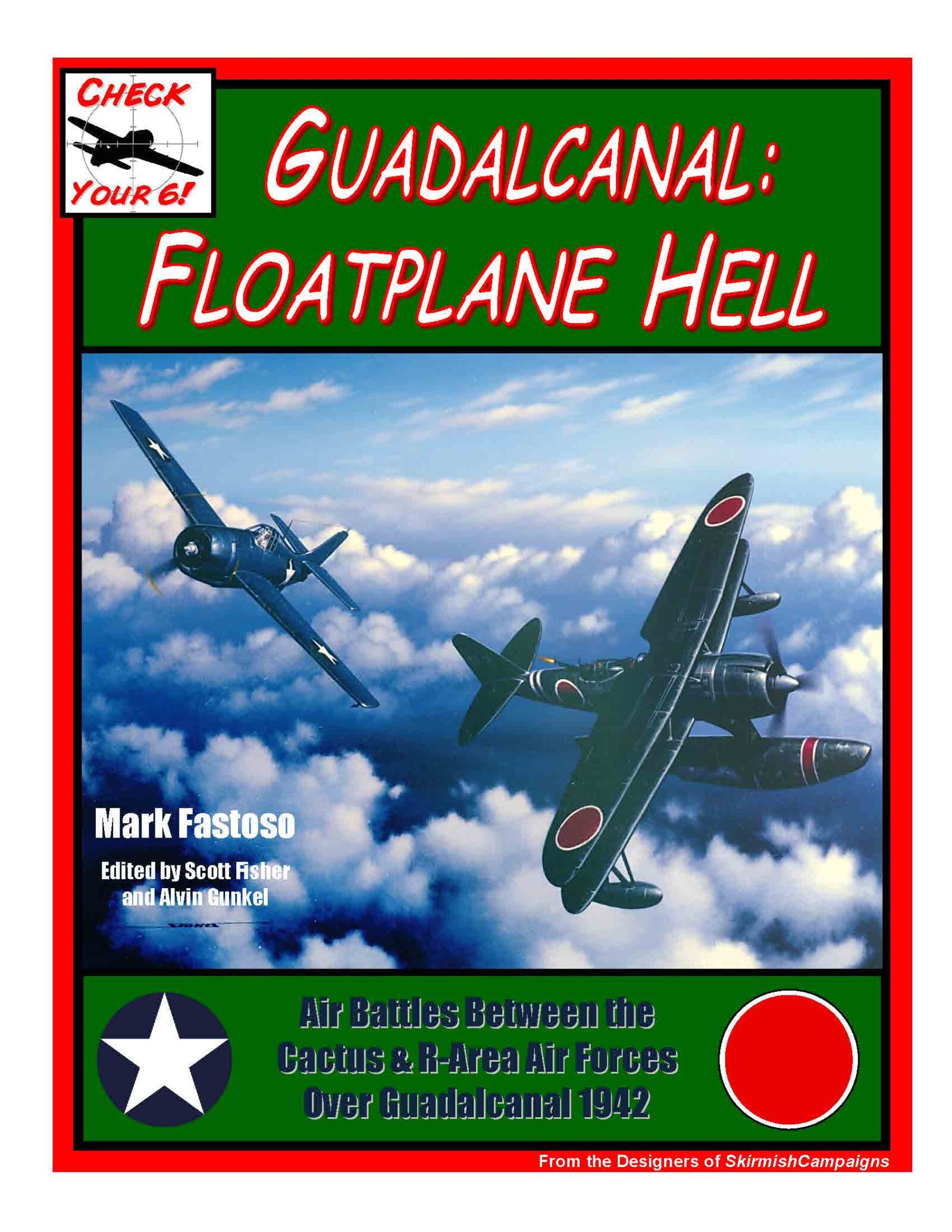 GUADALCANAL: FLOATPLANE HELL  is a scenario and campaign book for the popular CHECK YOUR 6! Air Combat and Campaign Rules. This book provides three mini-campaigns and 10 scenarios under one cover. The first campaign follows the initial Japanese efforts to reinforce Guadalcanal in early October 1942 including the IJN Nisshin’s runs down the slot and combat between US B-17s and Japanese Floatplanes. The second campaign, recreates the fighting over the slot between 9-14 October, including the floatplane defense of Japanese destroyers and US Navy and Cactus Air Force attacks on shipping. The final campaign focuses on desperate US attacks including a torpedo-bombing PBY from 15-19 October 1942. The book also features some of this campaign’s legendary pilots including Kiyomi Katsuki, David Everitt, Elisha T. Stover, Jack Cram,Harold Bauer, and Leonard “Duke” Davis.

AIRCRAFT STATISTICS: This book contains aircraft statistics for 11 aircraft in CHECK YOUR 6! format for use in the scenarios (including the US B-17E and P-39K plus Japanese Hamp fighters and Pete & Rufe floatplanes). The book also contains detailed notes and rare pictures of the various aircraft featured in the campaign.

CHECK YOUR 6! SPECIAL EVENT CAMPAIGN SYSTEM: This book includes an innovative CHECK YOUR 6! campaign system that provides special victory conditions for both sides in each scenario. By accomplishing special conditions, players earn Campaign Events, similar to action cards, which are played during the scenarios. This tried and true campaign mechanic allows players to make real-time decisions that shape the battles while adding extra dimension to the scenarios.

Be the first to review “Guadalcanal: Float-plane Hell” Cancel reply