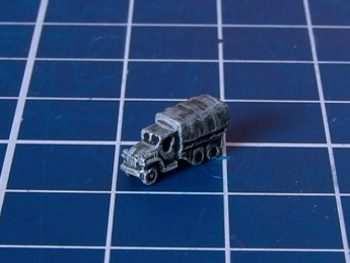 The GMC CCKW was 2½-ton 6×6 U.S. Army cargo truck that saw heavy service in both World War II and the Korean War. The original “Deuce and a Half”, it formed the backbone of the famed Red Ball Express that kept Allied armies supplied as they pushed eastward after the Normandy invasion.[2]

The CCKW came in many variants, including open or closed cab, long wheel base (LWB 353) and short (SWB 352), and over a score of specialized models. It began to be phased out with the deployment of the 6×6 M35 in 1950, but remained in active U.S. service until the mid-1960s. It is related to the Chevrolet G506, built at the same factory.